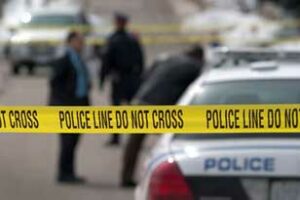 Crime scene investigators have the important job of securing and examining the details left at the scene of a crime. The job involves sorting through the minute details so that prosecutors can build a compelling case and find the perpetrator of the crime beyond a shadow of a doubt. Activities and protocols must be carried out in a precise and organized manner such as identifying the time of death in a homicide, lifting fingerprints, collecting and documenting trace evidence such as hair or fibers, examining firearms or explosive devices and documenting the placement of objects and bodies. It is no secret that the job is not for the faint at heart; however, for those with the right mental disposition, the job can be highly stimulating and rewarding.

Am I Right for a Crime Scene Investigator Job?

As a crime scene investigator, you must be willing to work in an environment with tight protocol and often for long hours in a variety of crime scenes ranging from the moderate to intense and graphic. An ability to work in the wake of graphic and sometimes violent scenes, including cases involving serial killers is a must. For those whose mental dispositions and attitudes about the job of evidence collection and justice is one of a balanced nature, a job as a CSI could be a true calling. As a crime scene investigator, you must be prepared to hunker down, squeeze into tight spaces and sometimes lift heavy objects in the name of evidence collection.

“The sense of fulfillment from being able to play such a central role in solving crimes and contributing to justice is often cited as a driver of motivation and passion for the job.”

Despite some of challenges, most tenured crime scene investigators are happy with their jobs even in its sometimes un-Hollywood like nature. The sense of fulfillment from being able to play such a central role in solving crimes and contributing to justice is often cited as a driver of motivation and passion for the job. Without a doubt, there are days when the job can be highly exhilarating and fascinating. If you enjoy putting together puzzles, have an eye for detail, and enjoy the prospects of using state of the art equipment and technology in the name of justice, read on.

A Day in the Job of a Crime Scene Investigator

The crime scene investigator proceeds to evidence collection, utilizing different tools to uncover evidence; both those easily seen and those that are hidden to the eyes. The crime scene technician may have to lift fingerprints, tool marks, and shoe or tire impressions. The CSI also collects blood, semen and other bodily fluids present on the crime scene. He or she must also be on the lookout for gunshot residues, fibers, glass fragments and other things that can help in shedding light on the crime committed. The crime scene investigator must always be careful, systematic and thorough in gathering evidence.

All evidence collected from the scene will be sent to the lab for processing. Many crime scene technicians process the evidence themselves before turning them in to the lead detective for the case; but ideally, a field CSI investigator will turn over the pieces of evidence to forensics scientists for processing. Other technical aspects of the job include maintaining lab equipment and organizing a storage room for evidence. The CSI will also have to make detailed crime reports. You may also need to attend police briefings and may be summoned by courts to testify.

“A CSI must have a sharp, curious, and analytical mind to find inconspicuous evidence, and a willingness to continually adapt to new technologies”

A CSI must have a sharp, curious, and analytical mind to find inconspicuous evidence, and a willingness to continually adapt to new technologies and attend skill-enhancing training. In many ways, a CSI in the real world may not be too far from a character in a CSI TV show. Both must exert every effort on the job for the sake of one thing only: the evidence. As the CSI: Las Vegas’ former lead character, Gil Grissom said, “Concentrate on what cannot lie. The evidence. ” To learn more about the various types of crime scenes and criminals, check out our criminal minds article series to get an in-depth look.

Working Together: The Various Roles & Jobs in CSI