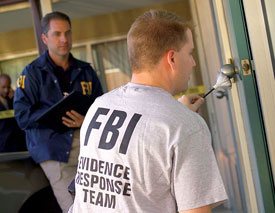 Are you curious about how the FBI will prepare you for the role of Special Agent once you are admitted to the department?

Most of us are aware that FBI agents prepare for fieldwork at the FBI Academy in Quantico, Virginia, but what many aren’t aware of is what exactly to expect. From qualifying at the target range to intelligence gathering, be prepared for a rigorous program.

Just meeting the basic education and experience requirements to attend the FBI Academy is enough to ensure only the most qualified need apply:

Once you have completed the FBI agent requirements, and have been selected, you will be scheduled to report to the FBI Academy.

The FBI Special Agent Academy in Quantico, Virginia consists of an intensive 20-week program, during which time students will live on campus. The program involves web-based courses on a wide variety of academic subjects, and participation in drills that teach self-defense tactics and the use of firearms.

Throughout the course of your FBI career you will be provided with the opportunity to study additional courses and learn new skills to keep you up to date on new developments in the special intelligence and law enforcement community.

You will also be put through rigorous case exercises to test your mettle in extreme or unfavorable circumstances. Such case exercises can range from basic forensic investigations to hostage situations to acts of terrorism.

Preparing to Become a Special Agent in Quantico, Virginia 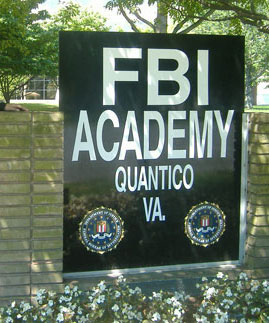 The FBI facility in Quantico is a state of the art Marine Corps base, just a few miles from Washington, D.C. The facility is divided into 5 major areas of operation.

The FBI Special Agent Training program is charged with the task of preparing the next generation of international law enforcement agents. In 2009 alone, the FBI graduated about 800 new agents from Quantico. After the 20-week course is completed, the FBI director swears in all the graduates. The class votes to select one graduate to receive the Director’s Leadership Award (considered to be very prestigious). Other awards are also handed out to other high achievers.

Intelligence gathering is essential in the post 9/11 world, so the FBI devotes a special program to national security concerns. The FBI plans to expand this division into a full-fledged school in the near future. This FBI School of Intelligence will provide an even more in-depth learning experience for aspiring intelligence operatives.

The third division is the National Academy, which focuses on preparing state and local level law enforcement to deal with threats at the national level. Law enforcement agents can only attend if they have received special invitation from the FBI. Participants are chosen from every state, US territory, and from over 150 partner nations. One of the biggest challenges at the National Academy is the “Yellow Brick Road,” a 6.1-mile physical fitness course that is considered the ultimate, albeit optional, fitness challenge. The reward for completing this course is a yellow brick and, of course, bragging rights.

Division number four is the Leadership Development Institute. The LDI is designed to prepare current FBI agents to become leaders. Attendees are taught to work well with allied intelligence organizations of foreign nations, to serve as ethical leaders, to manage an FBI team or division, and to develop other skills that the FBI deems appropriate for leaders.

And finally, there is the International Training and Assistance division. The ITA prepares foreign intelligence agents in the art of national security. The philosophy behind this division is that by strengthening our neighbors and allies we will be strengthening ourselves. One of the major operations for this division, at the moment, is the Iraqi Training Initiative, which aims to prepare the Iraqi Police and foreign intelligence to deal with the problem of terrorism in their country.

The following degrees are some of the most common for those wishing to become an FBI agent.