Heroism – What Makes Someone a Hero? 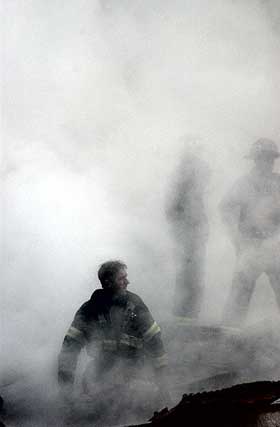 On September 11, 2011, at 8:46 am, subway motorman Joe Irizarry made his routine stop at the Courtlandt Street station just below the Twin Towers. Seconds later, the first plane hit the North Tower. Of course Irizarry had no idea what happened but he could see smoke and dust coming down from the streets above and knew something was drastically wrong. Rather than closing the subway doors after the customary 30 seconds, he demanded they be left open so rushing passengers could be safely let on the train. Irizzary also took control and ensured that everyone remained as calm as possible, shared one of the passengers, Linda DeSilvio. Irizzary had the subway stay as long as possible and then raced without stopping to the end of the line to Continental Avenue station. When he and all of the passengers disembarked, he discovered that the first tower had collapsed.

At 8:46am in the South Tower, retired U.S. military colonel Richard Rescorla was told to stay put. Rescorla was director of security for the Morgan Stanley firm that occupied 22 floors of the southern World Trade Tower. Despite being told throughout the years just to focus on the firm’s vulnerabilities, he always had concerns about the World Trade Towers being potential terrorism targets. As a result, he held evacuation drills twice a year in preparation for any emergency. On September 11, his practice drills did not go in vain. Although he was ordered to keep everyone in the building, Rescorla, bull horn in hand, immediately began sending staff, two-by-two, down the stairwells to safety. Due to his valiant efforts, 2,500 employees escaped the tower that would be hit by the second hijacked plane and eventually collapse.

Nearly 3,000 people were killed on 9/11, from those in the World Trade Centre to those passengers on the planes or those in the Pentagon. Among those were 343 firefighters and paramedics, 23 NYPD officers and 37 Port Authority police officers, according to New York magazine, who bravely sacrificed their lives for the lives of others. To their families, their colleagues and those they rescued, they will forever be remembered as heroes.

What is a Hero? 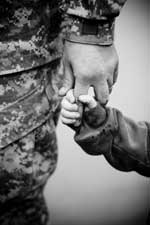 Scott T. Allison and George R. Goethals, (the authors of Heroes: What They Do & Why We Need Them) say that heroes tend to share eight qualities in common: “These traits are smart, strong, resilient, selfless, caring, charismatic, reliable, and inspiring”. Allison and Goethals add however, that they do not have a fixed definition for heroism because “heroism is in the eye of the beholder”.

The American Heritage Dictionary defines a hero as, “A person noted for feats of courage or nobility of purpose, especially one who has risked or sacrificed his or her life. A person noted for special achievement in a particular field”.

The Many Faces of Heroism

A probation officer who helps his client get treatment for his addictions, receive training or find long term work – ultimately be a major aid in his rehabilitation, is a hero. A cyber security specialist who saves a company or governmental agency from a serious threat could be a hero to that organization without them even realizing what she had done. Police officer Kevin Peck (back in December 2011) crawled under a bus to comfort a victim who was pinned down and heroically held her hand until emergency crews arrived. In To Kill a Mocking Bird, Atticus Finch was a noble attorney representing a Black defendant, who was innocent but targeted due to the color of his skin by an extremely racist town.

“Ultimately heroism does not have to be defined by some superhuman, miraculous acts, but by those selfless, seemingly small acts that truly make a difference in at least one person’s life.”

Ultimately heroism does not have to be defined by some superhuman, miraculous acts, but by those selfless, seemingly small acts that truly make a difference in at least one person’s life. Heroism also often comes from sacrifice. On September 11, 2001, security director Richard Rescorla lost his life rescuing hundreds from the South Tower. A decade after the attacks, subway motorman Joe Irizarry has had to leave his job and suffers from PTSD and survivor’s guilt. “I got to live, and all those people that perished. Why am I the lucky one? You know? God has a reason for everything, but you just have to accept it,” he told CBS News New York.