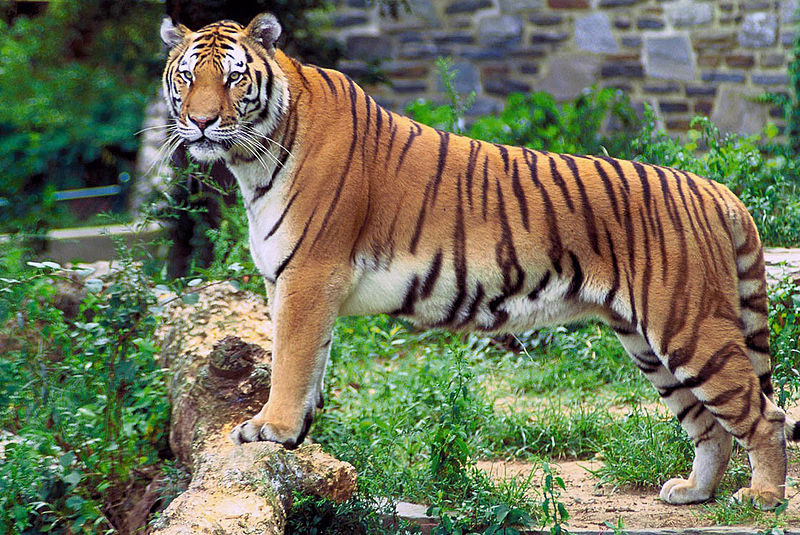 Imagine driving down the Interstate and seeing a flashing sign that reads “Caution Exotic Animals – Stay in Vehicle.” Well near Zanesville, Ohio this was no joke. Yesterday evening the Muskingum County Sheriff’s office got some unique phone calls – bears and tigers were spotted on the loose.

Terry Thompson, the owner of a private animal farm reportedly killed himself after opening the doors to cages holding 56 animals. Some of the freed tigers, lions, bears, cheetahs, camels and giraffes started roaming neighbouring yards and highways. Schools in the area were cancelled today and locals were warned to stay inside.

Law enforcement representatives were called out to perform a duty not typical of a standard sheriff job description. With the sun setting and heavy rains pouring down, deputies wore night vision goggles and were armed with rifles and tranquilizer guns in attempts to get the circus scene under control. But, unlike a circus, for some officers there were close calls. One deputy shot a Bengal tiger, approximately weighing 300 pounds, initially with a tranquilizer. When the animal started to act frantically, he shot him with his firearm. Although, some animals were successfully captured alive, in many of the cases the sheriff’s deputies determined it would be safer to take the animals out instead of risking them running away and hiding after dark and potentially attacking and killing local residents.

As of this afternoon, only a wolf and a monkey were still missing and a total of 18 tigers, 17 lions and 8 bears were among the escapees. A total of 48 animals were killed and six were captured alive.

This was not the first time animals had escaped from Thompson’s farm, however. Since 2004, the sheriff’s office had received numerous calls about (smaller scale) animal escapes from the property. Thompson had also just been released from prison, serving a one year sentence for carrying unregistered firearms.

The Associated Press reports that the incident “may have been one last act of vengeance against neighbors and police” on the part of Thompson.

As you can see, the role of a Sheriff and his Deputies may transcend into the unexpected. As their jurisdiction is on the County level, one day they may protect county dwellers during an emergency situation and the next they may be transporting prisoners or catching lions and tigers. If you’re interested in this important role, a law enforcement degree or law enforcement training will help further your chances to be elected Sheriff or to serve as a Sheriff’s Deputy.