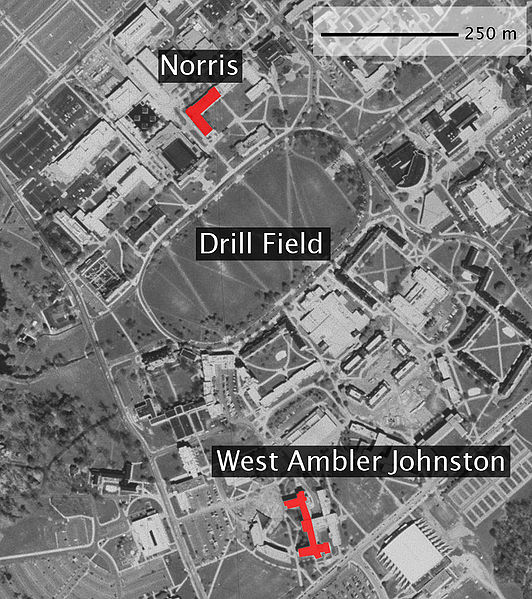 On Wednesday, Virginia Tech University will make its case before the U.S. Department of Education that it did properly alert its students and staff that terrible day (April 16, 2007) when Seung-Hui Cho allegedly went on a shooting rampage. The federal government has imposed $55,000 in fines on the institution of higher education under the Clery Act – a piece of legislation signed in 1990, named after student Jeanne Clery who was raped and murdered in her Leigh University dorm four years prior.

The Clery Act (long title: The Jeanne Clery Disclosure of Campus Security Policy and Campus Crime Statistics Act) requires institutions, that offer students financial aid through the federal government, compile all records of criminal activity on campus and submit an annual report to the U.S. Department of Education (ED); additionally they must issue timely and effective campus alerts when there is an impending threat against the safety of students and staff.

The DE states Virginia Tech was in violation because a campus-wide e-mail was sent two hours after Cho had allegedly killed two students in the university’s residence. At the time of the alert, Cho was already barricading the doors to Norris Hall where he reportedly killed 30 people and wounded 17 other victims.

The university contends that they were under the impression that after the initial shootings, the perpetrator had left the campus; it was planning a press conference to discuss the incident. Virginia Tech wrote in its appeals report, “This case is not one in which Virginia Tech was avoiding its responsibilities, but rather one in which it responded in a variety of ways that are permissible under the applicable regulations.” According to the Associated Press, Virginia Tech’s appeal is more about proving it is responsible in terms of emergency management than avoiding the fines.

In the last year, six institutions have been charged under the Clery Act; this represents an exponential increase, as from 1990-2010 only six universities have been fined. The DE is currently investigating Penn State University for violations under the Act due to former coach Jerry Sandusky’s alleged sexual abuse crimes.

This year’s crackdown on universities handling criminal activity and harmful threats on campus is one example of why emergency management careers are on the rise. According to U.S. News and World Report, an Emergency Management Specialist is one of the “50 Best Jobs of 2011” and the opportunities in this sector are expected to grow steadily over the next ten years. Such a role involves planning and initiating safety protocols for both natural and man-made disasters/emergencies. Emergency management specialists may work for any level of government or private and non-profit entities like universities, hospitals and corporations.

If this career interests you, consider completing an emergency or disaster management program. Homeland Security Careers, such as with FEMA or in counterterrorism, may also line up with your future goals.