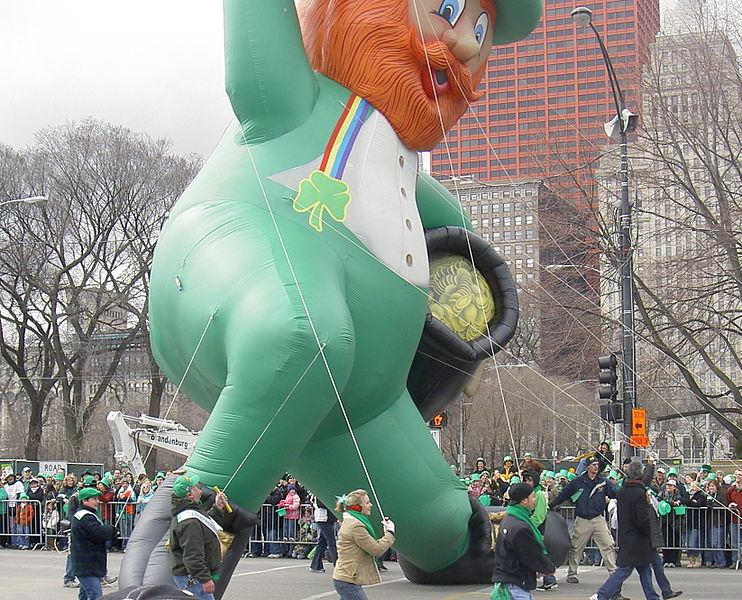 Everybody is Irish this weekend as the country will soon launch into Saint Patrick’s Day festivities, from pubs serving up Celtic tunes and green ales to some municipalities dying their water systems the emerald shade. The United States hosts some of the world’s biggest Saint Patrick’s parades, New York City arguably hosting the largest with over 150,000 marchers participating.

NYC’s law enforcement agencies will not only be patrolling the estimated crowds of two million people – some sworn personnel will also be marching alongside the profusion of pipers and drummers. In 2010, New York’s Police Commissioner Raymond Kelly was the parade’s Grand Marshall. This year, beginning at 10:45 am he will be accompanying Mayor Bloomberg, followed by the NYPD’s Emerald Society and Holy Name Society marching bands. Other participants include pipes and drums groups affiliated with the New York State Police, New York’s Corrections System, the FDNY, the Coast Guard and the Port Authority Police.

Elsewhere in the state of New York, the Albany Police Department will step up its presence during this weekend’s parade to avoid a repeat of last year’s riot. During the 2011 festivities, a group of college students had surrounded a car smashing all of its windows. “I can assure you it’s not going to be mayhem again. You’re not going to see a repeat of what we had last year,” said Police Chief Steve Krokoff. He added that due to continuous community involvement and the police department’s Neighborhood Engagement Unit spending 16 hours a day in the college district, the streets in the area are much calmer than the previous year.

According to Savannah Now News, Savannah, Georgia could surpass New York City’s parade size in terms of crowd numbers. The modest estimates 500,000 – 1 million people (WSAV 3 News and Savannah Now News) makes this prediction seem unlikely, however. Members of the Coast Guard, Marines and Navy, the Irish Pipes and Drums from Dublin and the Milwaukee Police Band are just some of the 15,000 marchers. Local and regional law enforcement agencies have also been preparing for what is expected to be at least a record-breaking surge of crowds for Savannah streets. This past week, an increased number of officers patrolled the area. “With the police chief, they’ve bent over backward to help us,” said the parade’s Chairman Michael A. Foran. “It’s a big group effort. They’re bringing police from all over to help”.

Of course Boston cannot be forgotten, due to its large Irish American population and the fact that it hosts the world’s oldest Saint Patrick’s Day Parade. Its annual South Boston event hosts crowds of at least 850,000 people. The Boston Police Department has issued a message to the community outlining certain pertinent laws relating to public drinking, disorderly conduct, disturbing the peace and serving to minors. Its parade takes place on Sunday, March 18th; that day bars are required to close at 7:30pm and liquor stores at 4:00pm.

With issues of safety and security addressed across the nation, families and friends can concentrate on having fun this holiday weekend. Have a safe and happy Saint Patrick’s Day!