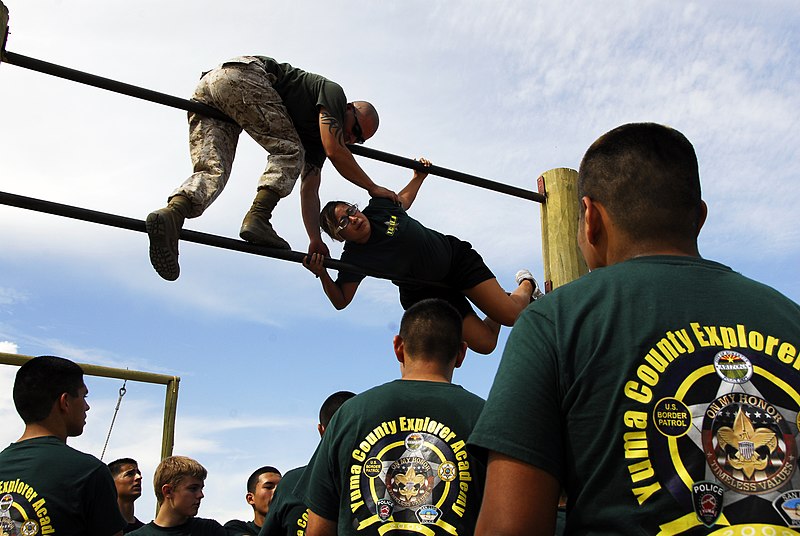 “‘The Police Explorer Program is a proven model that is nationally respected,’ [Grundy County Sheriff Kevin Callahan said],” as reported by the Morris Daily Herald. “‘…It provides career orientation experiences, leadership opportunities, and community service activities, with the ultimate goal of the program to help young adults choose a career path within law enforcement, and to challenge them to become responsible citizens of their communities and the nation.”

The Grundy County Sheriff Office is just one of many law enforcement agencies that run such programs across the country. Many Explorer programs resume or start in September, at which time they recruit youth to join. Some are already in session, with ongoing recruitment. Others start at other times of year or run as week long (or longer) camps.

According to Learning for Life (the national body that coordinates the Explorer Programs), “over 33,000 Explorers and 8,425 adult volunteers participate in Law Enforcement Exploring” across the country.

Generally police/sheriff/law enforcement explorer programs are geared towards youth who have already completed grade 8, and who are between the ages of 14 and 21. However, some law enforcement agencies run programs for younger students as well. (For example, the Redding Police Department in Connecticut recently advertised that it’s recruiting students in grade 6 to 8 who will be eligible to stay in the program until they are 21.)

Criteria for becoming an Explorer are detailed by each law enforcement agency. Generally these include maintaining a specified GPA, attending orientation meetings, completing an application form, interview and background check (note that minor offenses on a police record may not disqualify applicants), having permission from legal guardians and paying an affordable participation fee.

Police and Sheriff’s Explorer programs tend to meet once or twice a month (or sometimes more frequently).

Note that there are also other criminal justice explorer programs, such as with Federal Agencies, Corrections Departments, Military Police Departments, Probation Offices and Highway Patrol, says Learning for Life.

Contact your nearest law enforcement agency (municipal, state or federal) to see if it offers an Explorer Program. It’s a good idea to do this as soon as possible as some programs have September registration deadlines.