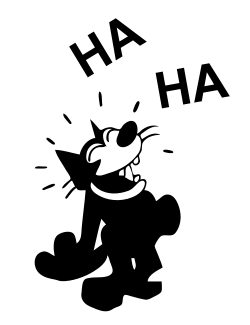 A few days ago, The Associated Press’ David Porter reported on an interesting ruling made by the New Jersey Supreme Court. Porter’s article (“NJ ‘joking judge’ resigns after losing ruling”) describes how the high court unanimously concluded that municipal judge and attorney Vince Sicari’s “acting and comedy career is ‘incompatible’ with judicial conduct codes and essentially gave him the choice of doing one or the other.”

Sicari chose to resign from his position as judge in favor of his acting and comedy gigs in NYC clubs, for Comedy Central and on network television. It’s suggested that the content of Sicari’s comedy played a part in the Supreme Court’s ruling. “Several justices had questioned whether the public could separate Sicari’s position as a judge from roles he has played on the ABC hidden camera show ‘What Would You Do?’ in which he has portrayed homophobic and racist characters,” reports Porter. However, “Sicari’s attorney, E. Drew Britcher, insisted at the time that his client never cracked wise on the bench and never let on that he moonlighted as a comic. In his comedy routine, Britcher added, Sicari refrained from jokes about the legal profession and never divulged his judicial job.”

Veering away from the issue of a member of the judiciary delivering potentially inappropriate comedic content, Sicari’s story got me thinking: I wondered if other criminal justice professionals moonlighted as comedians.

Serendipitously, Google recently alerted me to another article: “Unique First Career Helps Clarksburg Police Officer Serve Community” by WBOY’s Katie Anderson. In the piece, Anderson profiles Clarksburg Police Officer Mike Daugherty who had two dreams as a child—to be a comedian and a cop. He’s done just that. Before starting his law enforcement career in 2007, he spent three years travelling and performing with the Ringling Brothers & Barnum and Bailey Circus and nine years as a comedian for the Royal Caribbean Cruise Lines.

Today, Officer Daugherty is the “Prevention Resource Officer at Robert C. Byrd High School, in charge of all the neighborhood watch programs in Clarksburg, and created an award winning anti-bullying program,” reports Anderson, who adds that his clown and comedic skills have helped him build bonds with the youth he serves and protects.

A quick Internet search yields several other criminal justice professionals in touch with their slapstick sides. For example, Clint R. Parsons is a “lawyer by day, comedian by night”; John Perrotta is a corrections officer and concurrently runs and performs with Funny For Hire; keynote speaker Michael Pritchard has won awards for both comedy and his work as a probation officer (you may have seen him on Taxi); and forensic psychologist Kerri Edelman is also a radio host, musician and has produced comedy series.

I think perhaps what can be gleaned from these examples is the value of tapping into one’s sense of humor, especially when working in high-stress careers. But what’s perhaps more important here is balance—having a life outside one’s career. From the cop whose got a tough beat to the CSI who day after day sees gruesome scenes, it’s important to pursue other passions—whether it’s comedy, sport, art, outdoor pursuits, travel, family and more—outside the job. Maybe that’s the ticket to avoiding burn-out and having an even more fulfilling life.