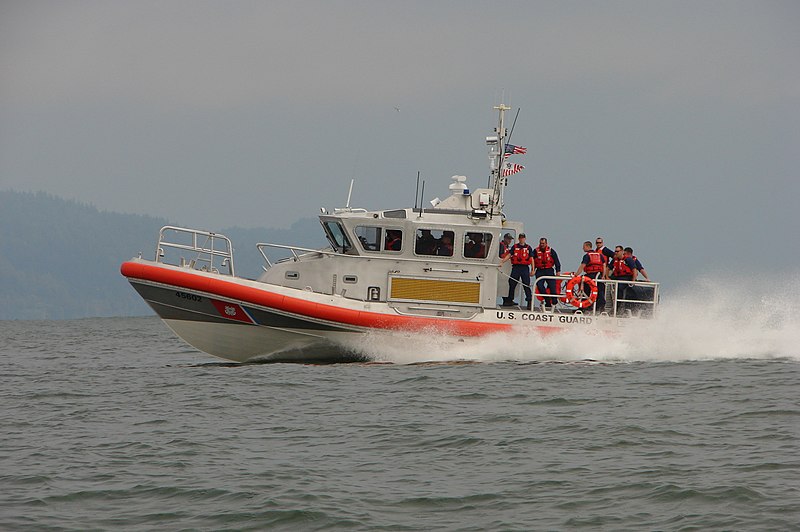 The course prepares Coast Guard boat crew members how to deal with vessels that are potentially violating federal law. “If the vessel does not stop, it will often operate in a wild or erratic fashion in an attempt to shake off the Coast Guard vessel in pursuit,” stated Lt. Knox. “It is this type of situation where the course’s tactics come into practice.” Thus the NCVP teaches Coast Guard personnel how to safely approach such an “erratic” vessel and “neutralize” the individuals on board. Students learn these techniques experientially through participating in scenarios involving non-compliant crafts. (The training facility has use of 21 different boats, of varied sizes and shapes, to role play these scenarios.)

The NCVP is just one of the courses offered at the Coast Guard Maritime Law Enforcement Academy (MLEA) located at the Federal Law Enforcement Training Center (FLETC) in Charleston, South Carolina. “When a new member comes into the Coast Guard and finds him or herself on a law enforcement career track they come to the MLEA for boarding team member and boarding officer training,” stated school chief Lt. Shannon Scaff, as quoted by Lt. Knox. “…Then if they end up at a unit with counter narcotics or human trafficking they come back and take the NCVP course. When they come to Charleston, they get exposure to all these areas. It has become a one-stop shopping for all law enforcement training.”

According to its website (www.uscg.mil), the U.S. Coast Guard is “the nation’s leading maritime law enforcement agency and has broad, multi-faceted jurisdictional authority.” Some of its Office of Law Enforcement’s (CG-MLE) responsibilities include preventing drug smuggling and illegal immigrants from entering U.S. borders, providing security in marine environments (in cases such as terrorism or sabotage) and enforcing marine species and fisheries regulations/laws. Coast Guard law enforcement missions also include supporting U.S. military commanders, such as to “Function as a service under the Navy in time of war or when directed by the President,” states the U.S. Coast Guards Missions page.

If you are interested in working for the Coast Guard, in law enforcement, or another area like search and rescue or environmental protection, there are several options, such as enlisting, working as a civilian or as part of the reserve. (For more information, visit: www.uscg.mil/top/careers.asp).

And remember: the Coast Guard falls under the jurisdiction of the Department of Homeland Security (DHS). Starting with the Coast Guard is one of the ways to get your foot in the door for future careers with the DHS.