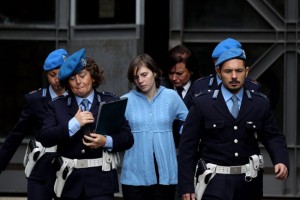 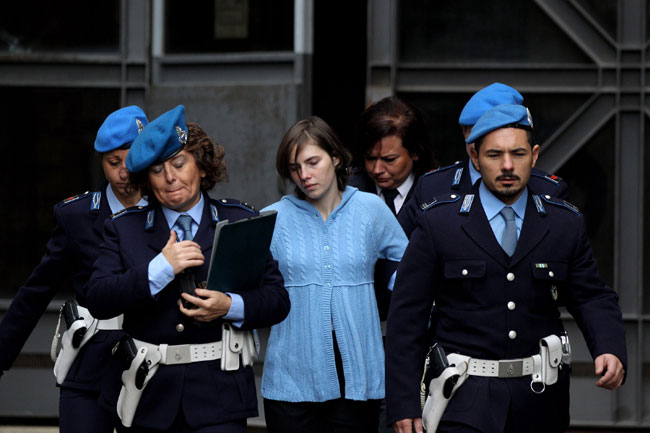 On January 31st, Amanda Knox and her ex-boyfriend Raffaele Sollecito were reconvicted for the murder of Meredith Kercher.

This was the second time Knox and Sollecito were found guilty for the 2007 Perugia, Italy. The two defendants spent four years in prison until their convictions were reversed by an appellate court in 2011. But last year, Italy’s highest court (the Court of Cassation) overturned that acquittal. This brought the case back to the Florence appellate court. Thursday’s reconviction came after the jury deliberated for over 11 hours.

The six-year process has been undoubtedly an emotional roller coaster ride for Meredith Kercher’s family.

“I think we are still on the journey of the truth…I think it may be the fact that we don’t ever really know what happened that night, which will be something we have to come to terms with,” said Kercher’s sister, Stephanie, regarding the latest conviction, as reported by CNN.

“The best we can hope for is finally bringing this whole case to a conclusion, having a conviction, and everyone can move on with their lives,” said Kercher’s brother, Lyle. According to CNN, a legal conclusion may not come until the spring of 2015 if an appeal makes it to the Italian Supreme Court.

Knox and Sollecito maintain their innocence. They were both shocked about Thursday’s verdict and both vow to fight the conviction.

On CNN’s “New Day,” Knox’s attorney Ted Simon said: “She understands more than anyone that a wrongful conviction is unjust, not just for the accused but for the victim, their family, as well as society, and she feels this very personally.”

Will the exact truth of what happened on November 1, 2007 ever be revealed?

In a separate trial that took place in October 2008, Rudy Guede was convicted of Kercher’s murder. During his appeal, his conviction was upheld, but his sentence was cut down to 16 years from 30. Guede has said he was at Kercher’s apartment but did not commit the murder. He has told various versions of that night, including ones that did not implicate Knox and Sollecito and others that did.

Physical evidence that has been reported tying Guede to the murder scene include his palm print in Kercher’s blood on her pillowcase, his bloody shoeprint and even his DNA inside Kercher.

How about the evidence against Knox and Sollecito?

Was Sollecito’s DNA really found on Kercher’s bra clasp or was the testing unreliable because the clasp was found over a month after the murder?

Was Kercher’s DNA and Knox’s fingerprints really on a knife that was found in Sollecito’s apartment or was the forensics inaccurate?

Was Knox’s strange behavior after the murder a sign of guilt or naiveté?

Is justice being served for those accused, whether innocent or guilty, and for Meredith Kercher?