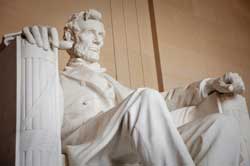 Are you interested in the collective decision-making power of governments at home and around the world? By completing a political science degree you can immerse yourself in studies related to political processes, democracy and other forms of government, U.S. and international governments, ethics and ideologies associated with being in power and the relationship between governments and the society they represent.

While pursuing an undergraduate degree, usually a Bachelor of Arts, you can declare a Political Science major. Most institutions require students to take a prescribed number of core courses that meet the requirements of a general Bachelors degree in addition to political science courses in areas such as American politics and political theory. A number of universities also offer an online political science degree option for those that do not have the flexibility to attend campus in person on a daily basis. A variety of opportunities await you if you choose to complete a political science degree. During your four years of study you have the potential to be exposed to future career prospects, from working for a governmental or non-profit body to running a campaign or entering the field of law.

While completing a political science degree, you can choose to take courses that fulfill the requirements for an International Affairs concentration, especially if you wish to pursue a Masters degree or a career pertaining to politics on an international scale. Political science courses related to this concentration delve into areas such as comparative politics, historical policy, terrorism, American foreign policy, eastern versus western political thought, country-specific political systems, past and present forms of government and war and peace. If you dream of working as a diplomat, for the CIA or for the United Nations, then an International Affairs concentration may be a good fit.

A political science concentration related to Government Operations and Legislative Affairs will allow you to learn the ins-and-outs of federal and state level governments. Coursework includes studying the U.S. Constitution, federal and state laws, political parties and the American presidency, urban politics, the current political climate, the legislative process and policy surrounding the justice system. A concentration in governmental affairs could pave the way to a variety of careers from lobbyist and journalist to public official, bureaucrat and policy analyst.

A political theory concentration, as part of a political science degree, is fitting for those prospective students interested in ideologies that form the basis of government and decision-making from past, present and future. Your studies will go back in history to the time of Plato and classical political thought and work their way forward to where politics are headed. You will also learn from renowned, American and international political theorists and discuss with your colleagues ethics, philosophy and society’s interaction with governmental powers. Focusing your studies on political theory could pave the way to several different careers, including researcher, analyst, professor/teacher, lawyer and planner.

After completing an undergraduate degree in political science, you can either commence a professional position or pursue graduate studies to further specialize. Since political science is an interdisciplinary subject matter, graduates have the option of many vocations. For example