How To Become a PI Mom

Forget the mom who drops the kids off at soccer practice and then runs back home to do house work, shopping, or getting a pedicure. The term working mother takes on an entirely new meaning when your mom is trained in private investigation work. From surveillance work to being involved in undercover operations, the work of a PI mom is never a dull day at the office. The Dr. Phil show recently aired a special all about PI moms and their rewarding and exhilarating work.

What kind of work do PI Moms Do?

PI moms work for private investigation firms or are self employed and do work on behalf of both commercial and private interests. This may involve simply verifying someone’s address or place of employment, investigating questionable insurance claims, or verifying adulterous activity by a suspecting spouse. 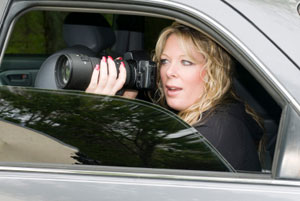 Usually, when a PI mom becomes employed with a PI firm, they perform work that is aligned with their particular skills and strengths. Many private investigator firm supervisors have touted female PI´s as more effective than their male counterparts, especially when dealing with issues related to adultery, fraud, child pornography, and similar situations.

There are many roles to be played. Simply improvising scenarios on the phone that will lead to implicating criminal or fraudulent activity requires that you have a calm demeanor and an ability to think on your feet, while maintaining the flow of conversation in alignment with the charges under investigation. Training for this type of work involves skills involving how to properly direct conversations and knowing what you can and cannot do legally while attempting to implicate. You must also know when you have recorded sufficient implicating statements or questions to support the case.

Both men & women private investigators who are involved in sting operations are usually trained on the use of firearms and self defense such as karate or jujitsu. If the suspect becomes suspicious or learns of the operation, the responses can be quite unpredictable and sometimes violent. While there is usually back up, you´ve got to be ready for the unexpected and be able to handle yourself.

According to Butler & Associates, the following is the most common type of PI work they are hired to perform:

Every PI firm may have a different set of qualifications; however, most require some formal education in criminal justice, law enforcement, or investigative work. The following is a list of the most common requirements:

Learn more about getting a criminal justice associates degree or a law enforcement degree online or at a campus location. Online criminal justice programs are a popular option for busy mom’s as they allow for the most flexibility. Think you can be a PI mom? Take the first step and get your education requirements met.

Deputy Chief Johnson leads the Major Crimes unit of the Los Angeles Police Department (LAPD). She is an intelligent and unwavering woman. Brenda may rub some people the wrong way, but she has earned the respect of her coworkers using crime-fighting skills to establish the facts of a crime and close the case.

Full time mystery author and part-time private investigator, Jessica Fletcher always seemed to be in the right place at the right time. She used her keen sense of detail to solve the crime, and never overlooked the smallest clue, or flawed alibi.

Dog the Bounty Hunter is all about the chase, and Beth usually finds herself right in the middle of the action. Her first job was as a bail bondsman at the age of 21. Beth quickly became a well-known name in the legal & criminal justice circles of Colorado, and now around the world.

FBI Agent: Clarice Starling – The Silence of the Lambs

Fresh out of the FBI Academy, Clarice Starling is uses her background in criminology and psychology to track down a dangerous serial killer and protect the innocent. She ″partners″ with the terrifying Hannibal Lecter to solve the crimes and learns a lot about herself in the process.

Miami police department forensic scientist Calleigh Duquesne collects evidence from a crime scene, runs ballistics tests on bullets, and tracks down a drug gang. All in a days work for one of TV´s hardest working criminal justice professionals.

Being a mom is a full time job. Add a second full time career, as a partner in her law firm, and it’s surprising that Clair Huxtable had time to sit down. Like most moms, somehow she manages to uphold the law, and still help get dinner on the table for her joker husband and 5 children.

Abby is a smart & hip forensic specialist at the Naval Criminal Investigative Service (NCIS). Her crime fighting skills are vast, and include ballistics testing, DNA analysis, computer & digital forensics. Without her quick thinking the bad guys might just get away.

Charlie’s Angles may very well be the ultimate PI Mom role models. Fighting crime never looked better than in the 1970s TV hit, and 2000s movies by the same name. These ladies bring the professional private investigator to a whole new level.

Mrs. King is not your everyday housewife and mom. Behind the facade or PTA meetings and trips to the grocery store Amanda is busy protecting our country from international terrorists and government corruption.

Learn more about earning your degree to pursue a career in criminal justice or law.

According to The National Center for Women and Policing (NCWP), the first women police officer was hired by the Portland, Oregon Police Department in 1905.

The latest information (2004) from the U.S. Department of Justice, Bureau of Justice Statistics, reports that women account for 16% of the 105,000 federal law enforcement officers surveyed