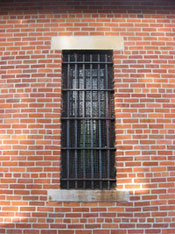 Corrections officers are tasked with maintaining order and safety in our nation’s correctional facilities. This includes the prevention of a variety of possible disturbances such as fighting, attacks, internal and external gang activity, and escape attempts. Correctional officer training consists of learning how to enforce the rules of the facility and ensure that the daily operations run smoothly. Most corrections officers are required to maintain a daily log of the behaviors and activity of the inmates they are responsible for, or in their “cell block”. Corrections officers routinely search inmates and their living quarters for any possible weaponry. They must have strong interpersonal skills and the ability to effectively enforce the rules of the facility. Those who oversee individuals who have been arrested and are awaiting trails are called detention officers, which is a slightly different role.

Supervisory roles, which is obtainable with education in criminal justice, corrections, or law enforcement, made between $41,740 and $73,630 and the highest earners brought in more than $86,970 annually. Federal correctional officers were paid higher than other types of facilities and one of the greatest benefits is the ability to retire at age 50 with 20 years of service or any age after 25 years of service.

*Salary data from U.S. BLS as of May 2010 -http://www.bls.gov/ooh/protective-service/correctional-officers.htm#tab-5