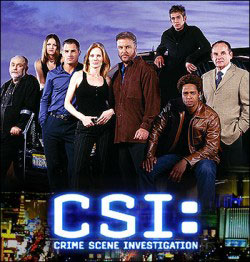 It was the TV show CSI Las Vegas that first created worldwide interest in the field of crime scene investigation. By incorporating intriguing cases and mind-blowing forensic evaluation to the lives of fictional CSI characters, the general public became enamored with the show and the prospect of becoming a CSI themselves. But how close is the TV show to CSI in real life?

Although the daily encounters of the characters in the CSI Las Vegas episodes seem believable (thanks to its brilliant creators), we must understand that they are often embellished. The beauty of creating stories is that you can magnify everyday events to make them bigger than life, and lump what can be a lifetime-worth of events of an ordinary person into a single TV episode; which is what you see in every CSI episode. If you are interested in a career in CSI, take a look at some of the degree options, talk with school representatives, and get a feel for the reality of these roles.

There are people who want to become CSI’s from sheer desire to live the lives of the CSI Las Vegas characters like Gil Grissom and Catherine Willows. A fictional TV show can illustrate the exhilarating possibilities; however, real-life crime scene investigators know that a day in the job can often be described as thorough and methodical work. It is true that there are days when a job of a real CSI investigator becomes as exciting as that of a TV CSI show, but some days a CSI must be able to withstand graphic working conditions, late working hours, and tasks involving exact protocol and procedure. Tenured CSIs have been able to stick with their jobs because of their dedication in helping people and contributing to justice.

There are; however, similarities between the work of the CSI Las Vegas characters and that of the real-life CSI. Both the show’s characters and real-life CSI’s rely on evidence collection, processing, and evaluation to solve a case. In the pilot episode, Gil Grissom was able to discover a murder case on what was first reported as self defense from a man who had broken into their home. Grissom used an Alternative Light Source tool to search the house for hidden clues; and he found evidence that proved that the owner of the house murdered– and not acted on self-defense–an unwanted guest. CSI’s can recreate a crime scene with the use of evidence found at the crime scene; and the work is highly valued in the police force and the community; both on TV and in the real world.