History of Women in Law Enforcement 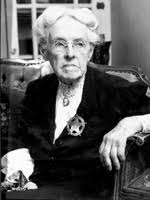 In 1845, six women were hired by the New York City Police Department. At that time they were called police matrons and their job was to monitor and assist with minors and women inmates. After an assault took place on a young female prisoner 1891, it was determined that women and men inmates should be housed separately and matrons became a more important role. In 1908, the first female police officer, Lola Baldwin, was hired to carry out standard law enforcement duties. In 1910, Alice Wells was also hired by the LAPD. By 1912, Isabella Goodwin was the first woman to make Detective and in 1917, additional women were allowed to make arrests and carry out the same duties as their male counterparts. Source (NYPD website & unusualhistoricals.com)