What Exactly Do We Mean When We Say “Justice is Served?” 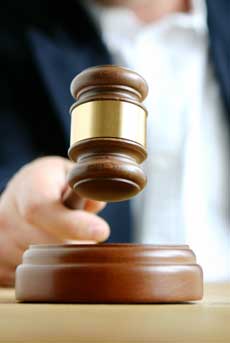 Friends and family of Steve Bauer say justice has not been served. In May of 2011, Bauer was struck by a car and killed as he walked along a stretch of the I-95 because his car ran out of gas. Lori Ann Lawrence who was driving the car in question allegedly fell asleep. Robeson County’s District Attorney Johnson Britt dismissed the “misdemeanor death by motor vehicle charge”, since Lawrence’s insurance company provided compensation to Bauer’s family, and instead issued a minor violation charge of “failure to maintain lane control,” according to the News & Observer. Bauer’s loved ones say this charge does not reflect the crime.

What Does Justice Mean To You?

When we hear the phrase “justice has been served”, what exactly does that mean? I decided to randomly ask my Facebook friends what their personal definition of justice was and here are some of their replies:

It turns out this last FB friend was on to something. Socrates (469-399 BC) was a Greek philosopher who asked the very question, “What is justice?” He stated that justice was good and that man could realize goodness or justice through self-education. In other words, ignorance was the source of evil or injustice. 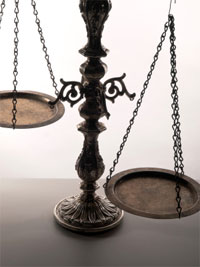 According to Walter A. Bordenn, MD (American Academy of Psychiatry and Law Newsletter) the concept of justice originated approximately a century before the time of Socrates. Solon, a poet, lawmaker, philosopher and economist living in Athens, Greece developed ideologies that inspired democracy and a legal system that would transform a practice previously based on revenge. “Athens wanted peace and order, and turned to the man who had communicated his vision of social order and the need for justice through his poetry,” wrote Bordenn. “He instituted changes and established a legal code that brokered a non-violent social revolution and transformed the passion for vengeance into a justice system”.

Today we equate justice with terms such as fairness, truth, morality and integrity. But more so, justice is associated with our legal system, where victims or litigants seek justice and those responsible for a crime are brought to justice. Phrases like “justice has been served” or a murderer “will be brought to justice” are common expressions, so much so that we may think they are absolutes, black and white, cut and dry.

“Duhaime Law defines justice as, “In law, it more specifically refers to the paramount obligation to ensure that all persons are treated fairly.”

Duhaime Law defines justice as, “In law, it more specifically refers to the paramount obligation to ensure that all persons are treated fairly”. In an ideal world, those suspected of a crime are given a fair trial and are found guilty if they have actually committed the crime and those that have been affected by the crime can rest in the fact that righteous retribution has been delivered. But in reality, the criminal justice system is not perfect — even the most talented of professionals, from law enforcement officials who investigate to attorneys that prosecute or defend, make mistakes from time to time. Not to mention that it is impossible for public policy and legislation to be absolutely moral or good for it is human beings not omniscient creatures that create laws and codes.

Justice & The Case of the West Memphis Three

One particular example that really makes your head spin around the issue of justice is the case of the West Memphis Three (Damien Echols, Jessie Misskelly Jr. and Jason Baldwin). As teenagers, the three were convicted of murdering three young boys (Stevie Branch, Michael Moore, and Christopher Byers) back in 1993. HBO did a series of documentaries on the case garnering support that the three teens were innocent. Since then the media, supporters of the West Memphis Three and forensic experts, lawyers, private investigators and others have found evidence that they are indeed innocent and even developed theories on who the real murderer is. In August 2011, the three were released from prison because they agreed to an Alford plea deal. (An Alford plea means the courts document them as guilty, even though the three have maintained their innocence but admitted that the court had enough evidence to uphold their conviction).

Let’s just imagine for a second that Echols, Misskelly Jr. and Baldwin are in fact responsible for murdering the three young boys. Then one might say justice was served for almost 20 years but is no longer since the defendants are no longer in prison. Now let’s imagine that they are in fact innocent. That would suggest that justice has not been served and it has not only let down the families of the three young victims but also the defendants who lost half of their lives behind bars.

Justice is indeed difficult to define and even more tricky to practice justly.