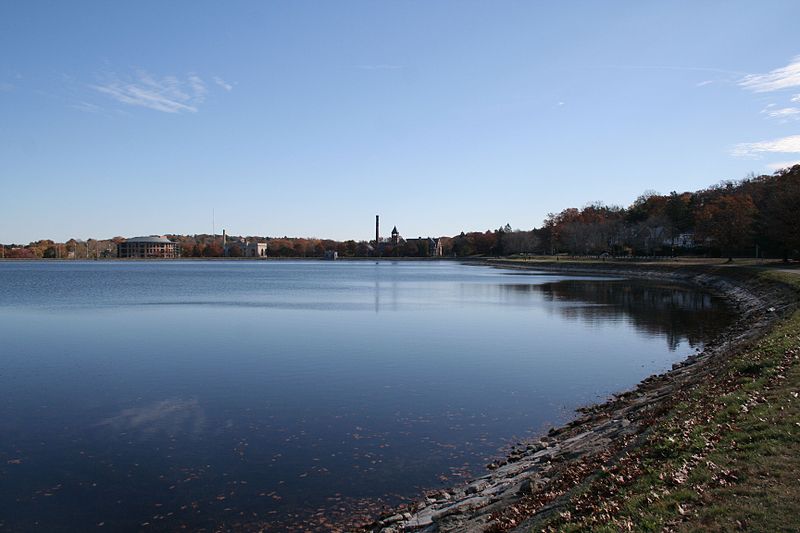 On Friday, Massachusetts state police were searching the Chestnut Hill Reservoir (Newton) for any trace of Franco Garcia. Present were some of Garcia’s family members who had flown from Lima, Peru to support the search for the missing Boston College student.

Boston College students are in shock, previously viewing Chestnut Hill (one of the villages making up Newton) as a safe place to roam. “We’re a bit shaken up. We think we’re in a safe town, but you don’t know what can happen. It’s a bit of a wake-up call. Especially if we find there was some kind of foul play, you realize you’re not in this little bubble anymore,” commented Boston College student Patrick Sherer.

The Newton Police Department is heading the investigation with the college’s, Boston and state police assisting. Video surveillance from businesses in the vicinity of Mary Ann’s has not turned up any evidence of what may have led to Garcia’s disappearance. Friday was the second time the reservoir had been searched. Law enforcement has also combed the forest adjoining the reservoir and Garcia’s home and car. Computer forensics experts are currently searching his computer.

Private Investigator Justin Billard has begun volunteering his time to help find Franco Garcia. He is potentially acting as a link between members of the public who might know something and law enforcement. Billard believes there has to be someone that saw something. “Maybe someone saw something and had information on day two, and they had that information, but they thought on day three Franco would come home or be found. It’s now day nine, and they have that information still and they feel maybe they’ll be questioned as to why they didn’t come forward earlier,” said Billard on NECN’s Friday broadcast.

PI Billard owns Downtown Investigations, an investigation agency based in Chestnut Hill which specializes in surveillance, criminal defense, covert cameras and employee theft. He also serves as Board of Director of the Licensed Private Detectives Association of Massachusetts (LPDAM).

If you’re wondering how to become a private investigator, it is advantageous to specialize. Examples of PI niches include surveillance and undercover operations, runaway teen searches, infidelity cases, insurance fraud investigations and arson inspections. To secure a private investigator career, you have to be licensed in most states. If you do not have previous law enforcement or related military experience, pursuing a criminal justice degree (or a similar program) plus on-the- job training with a veteran PI can help you follow in his or her footsteps.