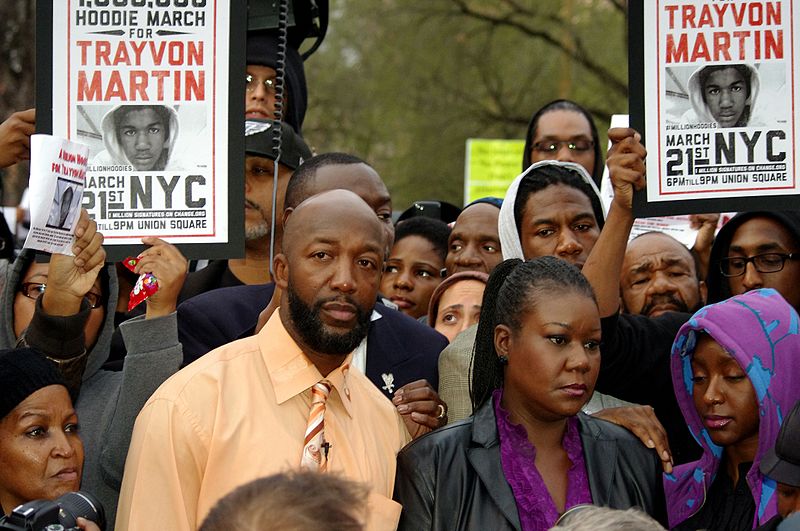 Thousands participated in a march organized by the National Association for the Advancement of Colored People through the streets of Sanford, Florida. They held signs bearing words such as “Mother’s Tears Have No Color,” “I Am Not a Hoodlum – I Just Wear Hoods” and “How Many Must We Lose to Ignorance”. Civil rights leaders including Reverend Jesse Jackson spoke at a rally following the march. This protest did not take place as part of a 1960s civil rights movement. It took place yesterday, March 31, 2012, with one prime objective: Justice for Trayvon Martin.

When Martin was shot dead walking home through one of Sanford’s gated community just over a month ago, it caused the nation to question whether racial divides have improved much over the last 50 years.

George Zimmerman, the 28-year old neighborhood watch volunteer who pulled the trigger, says he was acting in self-defense. The Washington Post’s article, “Who is George Zimmerman” by Manuel Roig-Franzia et al., describes Zimmerman as half Hispanic-half White who grew up in a religious home. “George is a Spanish-speaking minority. He would be the last to discriminate for any reason whatsoever,” wrote his father.

Those who participated on Saturday and in previous rallies disagree and believe the unarmed, 17-year-old Martin was targeted because of his race. Yesterday’s march brought crowds to the Sanford Police Department as a protest against local law enforcement for not arresting Zimmerman. Sanford PD is still investigating but has cited Florida’s “Stand Your Ground Law” – the right to defend yourself with deadly force if a legitimate threat is perceived – according to MSNBC News.

On February 26, Martin was walking through The Retreat at Twin Lakes gated neighborhood, returning from a convenience store to his father fiancée’s home. Zimmerman called the police stating he thought Martin looked suspicious. According to Zimmerman, he followed Martin for some time and then lost him. He adds that Martin then approached and physically attacked him.

Cell phone audio files may reveal a different story. Before Martin died, he told his girlfriend he thought he was being followed. She told him to run and then heard him ask someone why he was following him. Last she heard was his head rest fall, suggesting he may have been pushed, according to ABC News.

Tom Owen, Forensics Expert and Chair Emeritus for the American Board of Recorded Evidence, just ruled out Zimmerman belonging to a voice calling out for help (from a 9/11 recording made by a woman in the neighborhood). According to MSNBC, Owen stated that the voice recognition software returned a 48% match that the voice in distress could belong to Zimmerman and that if it were truly him the software should return at least a 90% match.

Is it possible that forensics evidence will lead this case from one of self-defense to one of manslaughter? Forensics experts specialize in numerous scientific areas in addition to voice recognition, such as ballistics, DNA profiling and information technology. If this fascinating field interests you, look into taking a forensic science degree, a computer forensics degree or a criminalistics degree.