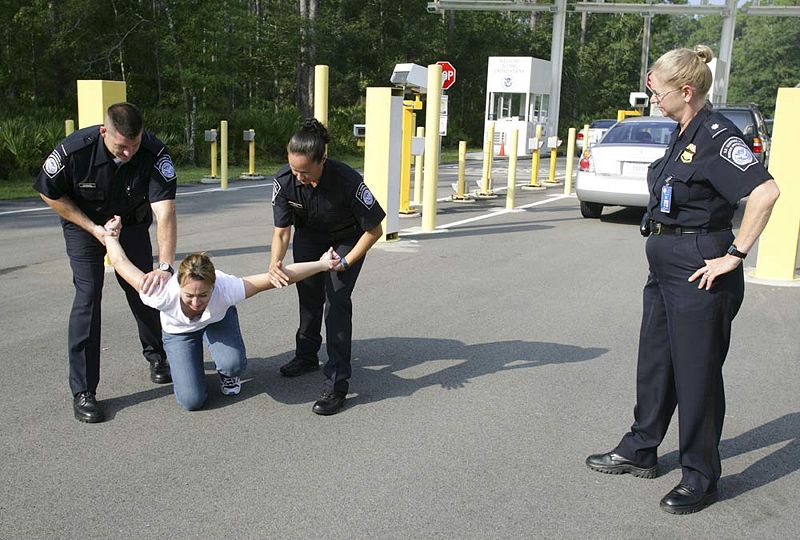 In March of this year, Officer James Zirpolo of the San Diego Police Department won an award presented by MADD (Mothers Against Drunk Driving). He was honored for making the most DUI arrests (205) in all of the United States during 2011. According to the San Diego Criminal Lawyer Blog, law enforcement officers across the country arrest approximately 17,000 people for driving under the influence annually.

Of course a sworn officer’s daily duties are far from routine. While maintaining peace and protecting citizens and their property, they find themselves arresting individuals for a variety of crimes. Attorney Christopher J. Jacobs says that a large proportion of arrests (at least in St. Lucie, Indian River and Martin Counties, Florida) are made for drug, traffic and domestic violence-related crimes. The Terani Law Firm wrote in a 2010 article that shoplifting was the most common type of criminal activity in the United States and that within the last five years, law enforcement officers caught more than 10 million individuals responsible for committing petty theft.

Every year the FBI and U.S. Department of Justice develop a “Uniform Crime Report” based on arrests made by all law enforcement agencies across the country. In 2010, over 1.2 million (or approximately 403/100,000 people) violent crimes were reported. Violent crime includes murder, non-negligent manslaughter, rape, robbery and aggravated assault. In 2010, there were nearly 15,000 murders and voluntary manslaughters. As for property crime, in 2010 there were over 9 million arrests (or almost 3,000/100,000 people). Property crime includes burglary, larceny and motor vehicle theft. For larceny-type thefts alone, there were over 6 million arrests made across the country.

While the preliminary “Uniform Crime Report” for 2011 states that crime rates have decreased slightly, (4% for violent crime and 0.8% for property crime), law enforcement officers are arresting more of the younger demographic than previous generations of cops. A Time Magazine article written by Maia Szalavitz (December 19, 2011), states that the number of youth arrested has drastically increased since the 1960s. Now up to one third of Americans are arrested for a crime, more serious than a common traffic violation, before they turn 23. These days, police are arresting youth for a variety of crimes including illegal drinking, shoplifting, assault and murder.

As a future sworn officer, when you patrol the streets or ride around in your squad car, you’ll learn to expect the unexpected when it comes to seeing suspicious activity or receiving dispatcher calls.