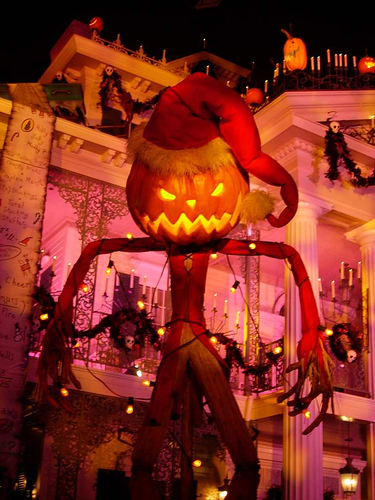 Do you have any plans for Halloween? If you’re not taking the little ones trick-or-treating or dressing up for a costume party, why not pop some popcorn, turn off the lights and watch a scary flick with your roommates or a romantic date? Here’s a list of some movies, from thriller to supernatural and horror films, with a slight twist. Each of these motion pictures highlights an intriguing character with a criminal justice profession.

This chilling Alfred Hitchcock film, with its infamous shower scene and violin screeching sound effects, was named the top thriller by the American Film Institute in 2001. One of the characters in the movie, Milton Arbogast, is a private detective who is hired to track down missing Marion Crane. The trail leads to the disturbingly creepy Bates Hotel. A forensic psychiatrist, Dr. Fred Richmond, is also in the film to explain Norman Bates’ split personality.

The first “Scream” film was so successful that it spurred the creation of three sequels (from 1997 to 2011). The horror series which combined elements of suspense, comedy, mystery and thrasher portrays a “Ghostface” serial killer. One of the most endearing characters in the series is Deputy Dewey (played by David Arquette) who by Scream 4 has become Sheriff of Woodsboro.

In “Halloween”, Dr. Samuel J. Loomis, a child psychologist, has Michael Myers as a patient (a 6-year old boy who murdered his own sister on the night of Halloween in 1978). As an adult, Myers escapes from the psychiatric hospital where he has been institutionalized and Dr. Loomis turns into a vigilante investigator of sorts as he attempts to prevent his patient from killing once more. “Almost every scene is filmed with a constantly-moving camera … to make the audience feel disordered, totally insecure, unsettled and paranoid, believing that every ominous corner, shadow, noise, or space is potentially life-threatening or dangerous and that everyone will be a helpless victim of random violence,” writes filmsite.org’s Tim Dirks. The original “Halloween” spurred an entire franchise of sequels and remakes.

“The Silence of the Lambs” (as well as the follow-up “Hannibal” and “The Red Dragon”) features the character Dr. Hannibal Lecter (played by Anthony Hopkins), a serial killer and cannibal. In 2003, the American Film Institute (AFI) dubbed Lecter as the top villain portrayed in film in the last 100 years. That same year, the AFI named Clarice Starling from “The Silence of the Lambs” as the sixth most poignant hero (and top heroine). Starling (played by Jodie Foster) was an FBI trainee striving to work for the Behavioral Analysis Unit. She was sent to talk to Lecter so he could offer chilling insight into the investigation of another serial killer. Although this film is not within the thrasher realm, it is extremely horrific.

This is just a smattering of thrillers that feature criminal justice professionals. Can you think of any others? What is the scariest movie you have ever seen?