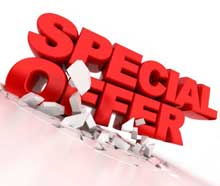 Have you ever purchased a product or service only to find out that additional deductions have been taken from your account for “add-ons” or product insurance without your knowledge?  The economic devastation American’s are experiencing in the wake of the Great Recession has been brutal, but it has also lead to the greater scrutiny of deceptive practices across several industries most prominently in the mortgage industry. Another positive step was the creation of the CFPB, the Consumer Financial Protection Bureau, which was put in place to protect consumers from predatory business practices.

Recently, the agency has ordered Discover Bank to refund around 200 million to approximately 3.5 million consumers along with a 14 million-dollar civil penalty.  The CFPB cited “deceptive telemarketing and sales tactics used to mislead consumers into paying for various ‘add-on products’ such as payment protection, credit score tracking, and identity theft protection.”  The CFPB stated that Discover was blatantly enrolling customers without their approval, didn’t explain eligibility requirements, and misleading them about the fact that there would be costs associated with these add-ons.  In July of this year, Capital One was fined 140 million for similar deceptive practices. The practice of product slamming is not limited to credit card companies and financial institutions; it has become widespread in other industries as well.

I spent my weekend with a personal experience involving family members who were targeted with highly deceptive practices involving a cell phone service provider which inspired me to write this blog. Here’s what happened:

My parents, who are aging and getting behind on the latest technology and product lingo recently visited a local cell phone service provider to inquire about changing out a faulty battery on one of their cell phones.  They were told by the sales rep that the cost of the replacement of the battery would be more than a new phone, and that they should simply get rid of the phone (which was less than a year old) and opt for a new one and that it would cost more to replace the battery than the phone was worth The result: sale! Commission! My mom ended up with a new phone that was significantly lower quality than the one she had and my father a new phone as well. I later ordered a replacement battery for her phone online, which cost them $3, but more on that later.

When my parents asked how much this would cost them, the rep informed them “$40 and you’re out the door.” (This was actually only down payments for each of the phones plus tax). When they asked, “that’s it?”, his reply was “yep,  $40 for the phones and you’re out the door.”  The rep also stated that he could put them on a new plan that would increase their minutes and decrease their monthly fee by $10 per month.  Sounded pretty good – Two new phones for $40, reduced monthly service costs.  Remember that the initial reason for their visit to the store was to inquire about a battery replacement for my mother’s phone; however, when they found out that a new phone would only cost them $19.99 each, my father decided it made sense for him to upgrade to a better phone that would allow him to check his email periodically.  What’s next?  You guessed it – Data plan for Internet.  So, they agreed to the additional $10 per month for the 2G Data plan for my fathers phone.  Their decision, right?  Wait, it’s a little bit more complicated than that.  Let’s go through my parents thought process on this:

With the new information the rep provided, they would be saving $10 per month on their plan, the new phone only cost $19.99 and they would have to pay an additional $10 for the data plan.  Ok, so, we’re right back to what we’ve been paying all along monthly but with a new phone and internet access. Sounded like a great deal.

Actual Result:They didn’t explain when explicitly asked about costs of phone.  They were set up on an “installment plan” to pay for the phones with monthly payments over the course of the next two years. They didn’t mention that this required an extension of another year on their contract with the company and a $400 fee would be charged should they decide to move to another cell service.  The rep didn’t mention that “Family Plans” may have an increase of $10 per month after an initial 6 month “teaser rate”.  This was found in the fine print of the document and we still don’t feel confident in whether this applies to them or not after spending an entire day attempting to figure all of this out.

The plot thickens:  Who buys a 2G phone anymore?  Remember, my parents are getting up there in age and losing track of technology.  They’ve got to rely on some kind of “faith” in the cell company they’ve been doing business with and the sales rep.  Recent News: some cell phone companies are sending letters to their customers explaining that their 2G phones are obsolete and that they can no longer support internet services on these phones.

Actual cost of the phones:

Dad’s phone:  219.99 (2G phones becoming obsolete?  Very possible that he will have to replace this new phone prior to actually paying it off)

The rep asked them if they texted and they made it clear that they didn’t even know how and wouldn’t use the service  Result: Added this to their plan anyway resulting in an additional $10/month.

The rep asked them if they wanted a warranty or insurance for their phone.  My father said that he drops his phone often, so it might be a good idea for him, but not my mother.  Result: Rep added insurance for both phones resulting in an additional 7.99 per month per phone or approximately $16.00 additional per month.

Let’s add up all these new costs and monthly add-ons:

You get the picture.  Why didn’t they review the documents when they were at the store?  We’ve all been in situations like this where there are other customers waiting to be helped and there is a sense of pressure to get things wrapped up.  There were 6 documents that were presented to them on what appeared to be more like signing a mortgage than a change in cell phone information.  When they got home, they sensed that something wasn’t right on the documents and didn’t seem to match up with what they were told.  They asked me to review the documents, and it was clear that they had been deceived from the very beginning. There was a clause that stated they have 14 days to return the phones, which was their saving grace.

The question is:  How many people don’t take the time to review all of the fine print in the documents and wait the 30+ days for their next statement to arrive when it’s too late?  How many elderly people simply don’t understand? Unfortunately, this is not some rare experience, but rather seems to be just “standard business practice.” What do you think?