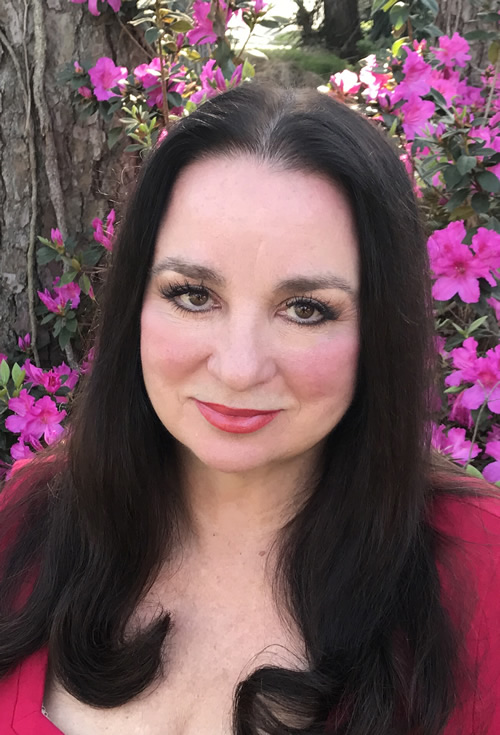 In the first part of our Forensic Art Series, you heard from the inspirational Todd Matthews, the founder and director of Project EDAN.

The blog also briefly mentioned the International Association for Identification (IAI), an organization that certifies forensic and crime scene experts. You don’t have to be a Picasso or an Andy Warhol to become a forensic artist. If you have an affinity for drawing, but just as importantly, have a passion for seeking justice for victims of crime, you may be a forensic artist in the making.

Although not mandatory, the IAI recommends prospective forensic artists take an undergraduate degree for various beneficial reasons. (Some relevant degrees include criminal justice, biology, psychology, crime scene investigation, fine art or computer science). To become certified (and in any case to have a successful future as a forensic artist), you need to complete a forensic art training program. Some of the programs the IAI recommends include classes led by the Oklahoma State University Department of Continued Learning, the Scottsdale Art School and Lois Gibson.

CJSI had the absolute pleasure of talking to Lois Gibson, the most successful forensic artist on the planet (for the number of criminals she’s helped catch during her 30-year career) according to The Guinness Book of World Records. In this interview Gibson shares about her near-fatal trauma that motivated to enter this field, about how fulfilling her profession is and how she hopes more law enforcement agencies recognize the importance of her profession (there are currently less of these professionals than you may guess) so she can pass the torch onto new forensic artists.

LG: It’s the newest criminal justice profession and I’m a pioneer. There’s virtually no one doing what I do. There are only 30 or less people doing this full time in the entire nation, which means there is almost zero because there are 250,000 law enforcement agencies. It’s shocking isn’t it? If you watch TV, you think everybody has a forensic art department. But to be optimistic, the field is wide open.

CJSI: Tell us about the trauma that led you to become a forensic artist?

LG:  You know it was the only reason I would even think about doing this – somebody tried to kill me for fun. This guy choked me and made me black out and then let me come to four times. When he finished, I was bleeding from the eyes and bleeding down my throat. But the main thing that happened, on an intellectual level, was the third time I came to, he was laughing and smiling. I realized something I would never imagine – because I was raised a real sheltered girl in Kansas – this guy’s idea of fun was to kill somebody. The attack was a sexual assault and like 9 out of 12 girls, I did not report it. That was especially horrible because the number one thing I wanted was justice. But a special event happened and it was a miracle from God. Six weeks after my attack, I was driving down Sunset Boulevard and something took my steering wheel and – I’m telling you the truth – I went up a street I didn’t mean to go up. When I got to the top of the hill, I saw the guy that tried to kill me being pulled out of a house by cops. He started fighting them as they went down these steep stairs and they had to keep him from breaking their own arms and legs so they had to beat him. I mean they had to. I watched it and so I got justice. I know what it’s like to want justice so bad that it’s killing me and then I know what it’s like to get justice. I remember then thinking my whole life had changed. It was like a Volkswagen got pulled off my back because I saw justice. It just made me fall in love with what cops do. You hear about bad cops now and then, but overall what those guys do – that’s what I love, that’s what I want, that’s what people need.

CJSI: So how did you become a forensic artist?

LG: After that I went and got a degree in art. I also went to dental school for a year, which was wacky, but it now helps with skull reconstructions. At the time I thought what the hell am I doing in dental school? I dropped out because I was making about $500/day doing portraits on the river walk in San Antonio. That’s a lot of money but it’s also a lot of practice. I drew about 3,000 people in that situation. Then I moved to Houston and I heard the news. I couldn’t believe they had 700 murders that year. I just went nuts and went down to the police department and I forced myself on them. They had no forensic artist before I approached them. I finally did work my way in. They said at first that they didn’t need me. But I was determined.

CJSI: What kind of forensic art do you do?

LG: When working for a law enforcement agency, 99% of what you do is talk to a witness as he or she remembers the person that killed their friend or raped them or whatever bad thing they got away with. Then you do a portrait and hope that it’s going to be good enough to reach out and catch the guy. I have done sketches that have solved crimes that wouldn’t have been solved otherwise. I’ve helped bring in 1,266 people. By stating this record, I’m trying to tell artists to quantify their results so people know that sketches help solve crimes. Then we’ll have more than just a lousy two dozen artists in the entire country. They’re should be thousands!

CJSI: What’s one case that sticks out in your mind?

LG: I have so many but for this blog I’ll mention this one. Officer Paul Deason stopped this guy in traffic just to give him a normal kind of ticket. The motorist shot him in the head and in the back. Paul fell down unconscious and the motorist got back in his vehicle and ran him over. Paul was drug 55 feet until he got loose. Paul was so tough; he walked back and called in his own assist! He survived but passed out and almost lost his liver and all these horrible things. They called me, two days later, to go sketch with him in the hospital. He’s all wrapped up like a mummy, in and out of consciousness, and he said that he didn’t see the face. But I have tricks and techniques and got a sketch. They put it out, and two days later, a man was caught trying to shoplift a chainsaw from a department store. Two of the guys that booked him in at the jail said they thought this shoplifter looked like the guy from the sketch. They had a video line-up for Paul, and he picked him out. They went back to the shoplifting scene and found the suspect’s vehicle and underneath were pieces of Paul’s skin and uniform hanging from the undercarriage. To this day Officer Deason does not remember doing the sketch. Of the 1,266 people I’ve helped catch, every single witness I did sketches with told me, in the beginning, they weren’t going to be able to remember. But I helped them remember.

CJSI: What inspired you to start teaching forensic art?

LG: I set out to make the best class in forensic art in the world. And I did. Of course there is hardly any competition [laughs]. I had a girl and she took my class and she said, “You taught more in this first hour than all the other training I did”. And she had been to the FBI Academy and all the other training you could take. I’ve had students from all over the world come take my class, like from Romania, Portugal, Brazil, Canada, Israel and all over U.S. Now I’m 62 and I’m trying to get more forensic artists practicing in the country before I go to the big drawing board in the sky.

CJSI: Besides art skills, what makes a good forensic artist?

LG: They’ve trained over 3,000 artists in this country, but some find it too brutal when they start. It’s like insane torture because you can’t see what you’re drawing and the witness is fighting you and you have to have the right personality. But for the people who do it, the rewards are amazing. I’ve sketched with many five years olds of guys who have raped them or killed their friend and the sketch caught the guy. I enabled tiny little victims to get justice! You need to be able to feel what other people feel and care enough to just put out every effort and feel good behind that. Who wouldn’t feel sorry for a man that is shot or a child that’s been raped? So you’ve got to feel those normal, nurturing feelings and have love for people. It’s the most fulfilling work I can think of. It’s the only time an artist can do a drawing that is kind of pitiful and if it catches the guy, it’s perfect. The first time I solved a murder, it was embarrassing – the drawing was pitiful with smudges and scratches. But it caught a guy that sexually assaulted somebody in our local park, and then killed the victim ‘for fun’. That was the first guy I caught and that’s what happened to me – somebody sexually assaulted me and tried to kill me because to him killing was fun. So it was so perfect.

Lois Gibson will be offering her next class in Houston Texas from April 15-19, 2013. If you cannot make it, you can also learn some extremely valuable information (from how to convince a law enforcement agency they need a forensic artist to helping witnesses remember suspects’ faces) in her text Forensic Art Essentials. Visit her website to find out more about her course and text, to read student testimonials on how they benefited from her class and more about this extremely strong, passionate woman.

To read more about the forensic art certification process through the IAI, click here.