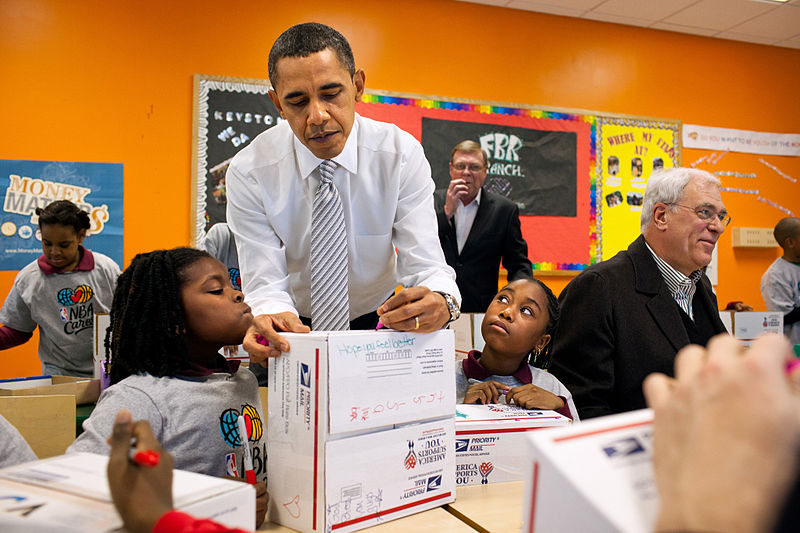 Americans and non-Americans alike were glued to their televisions and computer screens as they watched states turn red and blue. The event made political science history as Twitter announced some time Tuesday evening that 20 million #election2012 tweets had been posted.

It was a close race in terms of popular vote (50% to 48.4% for President Obama, according to The Associated Press late this morning), but the difference between electoral college results may have been greater than some expected. President Obama surpassed the required electoral votes by 33 defeating Romney 303 to 206. President Obama also captured most of the key “battleground states”, some by a slim margin, however. (The AP includes North Carolina into the mix of swing states where Romney was triumphant).

Reactions have been flooding in from around the world and within the United States. President Obama was the recipient of many positive messages, including these provided by the AP:

From the British Prime Minister, David Cameron: “I’ve enjoyed working with him, I think he’s a very successful U.S. president and I look forward to working with him in the future.”

From the Dalai Lama: “When you were elected in 2008, you inspired the world with a call to take responsibility for the problems we face as global citizens. Since then, you have made earnest efforts to live up to that great hope and trust placed in you by the American public. I believe you have been re-elected now in recognition of that effort.”

From the French President, Francois Hollande: “Your re-election is a clear choice in favor of an America that is open, unified, completely engaged in the international scene and conscious of the challenges facing our planet: peace, the economy and the environment.”

However some were not so happy with the electoral outcome. For example, according to the National Post, Donald Trump tweeted various posts including, “Our country is now in serious and unprecedented trouble…like never before.” (Whether Trump is unhappy specifically with President Obama or the electoral college process in general is debatable).

The Taliban also reacted to the President’s re-election. “‘Obama must by now know that they have lost the war in Afghanistan,’ a Taliban spokesman said. ‘They should leave our sacred land and focus on their own country instead,’” reported AAP’s Thomas Watkins.

Last night’s results have been described as déjà vu. “So, we end the campaign where we began,” reported NPR during the wee hours this morning. “President Obama will remain in the White House. Democrats will control the Senate. Republicans will control the House. Now, can they work together to address the nation’s challenges? That remains to be seen, of course”.

Indeed many are left wondering if the administration will be able to work with a divided Congress more effectively compared to the last four years. Dutch Prime Minister, Mark Rutte thinks so. He said, “I think Obama is a man eminently capable of building bridges between the Democrats and Republicans.”