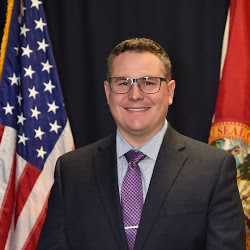 Tim Roufa has been working in law enforcement for over 11 years. Starting as a patrol officer, he has risen up the ranks and is currently an assistant chief training officer for a large law enforcement agency. He is also the Guide of About.com’s Criminology Careers, where he regularly writes articles to inspire those wishing to pursue a criminal justice profession. In this interview, Tim shares his own fulfilling experiences and provides valuable and motivating tips to those interested in a law enforcement career.

CJSI: What inspired you to start your career in law enforcement?

TR: For as long as I can remember, I’ve felt drawn to public service.  Part of it comes from my upbringing, part of it from my religious background, but I always believed that a job should be about more than just earning a living; I believed that, as much time as we spend on our careers, we should devote that time to trying to help others.

Originally, I intended to do that on a large scale by working in politics.  However, certain people that I encountered who worked in law enforcement inspired me to want to try to make a difference one person at a time, and I soon realized that working as a police officer was a wonderful opportunity to do just that.

I started my police academy on September 10, 2001.  The next day, the 9/11 terrorist attacks occurred, which in my mind cemented the fact that I had made the right decision in choosing how I would serve the public.

CJSI: What is or has been your favorite role within the field of law enforcement?

TR: I really enjoyed my time as a traffic homicide investigator.  It was tragic and morbid, and there were some terrible scenes, but the work was absolutely fascinating and I gained a tremendous amount of experience from managing huge scenes and from dealing with both violators and victims’ families.

By far the best job I’ve had so far is working in training, particularly training new recruits.  It’s so rewarding to be able to pass on knowledge and tactics to a new generation, and it’s energizing to be around new hires who are excited to begin their careers.  It’s also helped keep me in shape, since as trainers we have to help lead physical fitness training.

CJSI: Based on your role as assistant chief training officer, and your own experiences when you began your law enforcement career, what can new law enforcement recruits expect for their first weeks and months of training?

TR: Academy training is hard work.  Depending on the school, there are long days and lots of studying.  There are tests at least once, sometimes twice a week.  Academically, it’s grueling.  It’s tiring to sit in a classroom for 8 or more hours a day.

It’s also physically taxing.  Fitness training is a major component because we want to instill in officers the importance of being healthy.  Defensive tactics is extremely exhausting and painful, as you’re constantly falling and being tossed to the ground by your partner.

Add to that the stress of having to qualify with firearms, maneuver vehicles through mazes of cones without hitting any and becoming proficient in first aid, and you soon realize that law enforcement isn’t for everyone.

Besides the academic and proficiency requirements, there’s the discipline component.  The bottom line is that, especially in the first few weeks, law enforcement training is difficult to say the least.

Stay tuned for Part 2 of this interview where Tim Roufa provides some valuable advice to aspiring law enforcement officers.