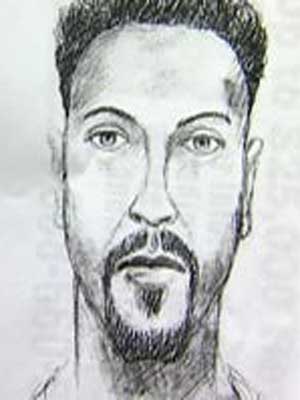 Sketch of suspect involved in the kidnapping of Gina DeJesus; FBI 2004
(Commons.Wikimedia.Org)

Today’s Mother’s Day will probably be one that will stand out among many others for three Ohio women.

Just under a week ago, Amanda Berry saw her “window of opportunity”—an interior front door had been left open, but she still had to shout out to neighbors to help her break down the screen door to free herself and her baby. A frantic 911 call made by Berry spurred Cleveland police to come to the scene to rescue Gina DeJesus and Michelle Knight who had also been held captive at the Seymour Avenue address.

Knight is reported to have been lured to a vehicle near in August 2002, when she was 21 years old; Berry is said to have been baited by a driver in April 2003 when she was 16; and DeJesus reportedly was enticed by a motorist in April 2004 when she was 14. All were found this past Monday after nine or more years of reportedly being held captive in a house—just a miles away from where they were lured away—owned by 52-year old Ariel Castro. “Kidnapping and rape charges were filed Wednesday against a man [Castro] arrested after three women missing for about a decade were found alive at his home,” reported The Associated Press (AP).

Police reports, (according to The Washington Post’s Manuel Roig-Franzia et al.) reveal some disturbing details of what the three victims endured: being chained in the home’s basement for a time, rarely being allowed outside in the backyard (and when they were they had to wear disguises) and extensive physical, psychological and sexual abuse. Knight was reported to have become pregnant five times but was punched and starved so she would miscarry.

“These three young ladies have provided us with the ultimate definition of survival and perseverance. The healing can now begin,” said head of the FBI office in Cleveland, Stephen Anthony, as reported by the AP’s John Coyne and Thomas J. Sheeran.

“This is the best Mother’s Day I could ever have,” said Nancy Ruiz, mother of DeJesus, to media this pas week. Sadly, Berry’s mother past away in 2006, but not before she tirelessly searched for her missing daughter. Both girls who were kidnapped as teens were welcomed by such happy loved ones this week.

It’s not clear where Michelle Knight might be spending this Mother’s Day. “There was no homecoming for the fourth captive, Michelle Knight, 32, the longest-held, who slipped into seclusion after being released from a hospital on Friday,” reported Reuters’ Kevin Gray and Kim Palmer. “She shunned hospital visits from family members, some of whom believed she was a runaway when she disappeared 11 years ago after losing custody of her young son, her grandmother said.” Wherever she is, it’s our hope that she eventually finds peace after experiencing such trauma.

Perhaps Berry’s courage to call out for help Monday night was fuelled by the fact her now six-year old daughter was a victim in the same terrifying environment. That motherly love and instinct should be indeed celebrated today.