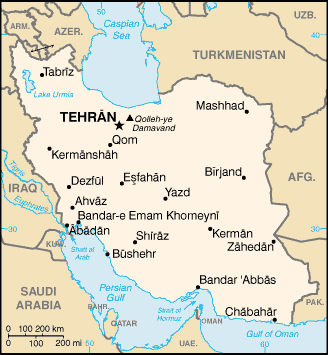 Joshua Fattal and Shane Bauer returned home Sunday after being held in an Iranian prison for 781 days. They, along with Sarah Shourd, were detained in July 2009 during a hiking trip around the Ahmed Awa waterfall, Iraq. Iranian authorities arrested them for crossing the Iraq-Iran border and accused them of being American spies. Whether they actually crossed over the scantily-marked border remains unclear.

While Shourd was released in 2010 due to medical issues, all three experienced the horrors of Evin Prison, Tehran. The prisoners were almost completely isolated and were only allowed to talk to family on the telephone for a total of 15 minutes during the two-year detention. Fattal and Bauer often initiated hunger strikes so they could read letters sent from home. They also experienced physical beatings; “Fattal was forced down a flight of stairs,” the Associated Press reports. All three were haunted by the tortured screams of fellow inmates, some who were serving time for participating in protests or advocating for democracy.

Bauer stated that when he questioned why they were treated so, the guards would reply that their experiences were no different from prisoners held at Guantanamo Bay. At a press release after their release, Fattal stated, “The only reason we have been held hostage is because we are American.” Bauer followed up by saying, “This was never about crossing the unmarked border between Iran and Iraq…The only explanation for our prolonged detention is the 32 years of mutual hostility between America and Iran. The irony is that Sarah, Josh and I oppose U.S. policies towards Iran which perpetuate this hostility.”

Despite viewing their imprisonment as a form of political exploitment, they thanked Iran for finally releasing them. Shourd added that she has great respect for the Iranian people who are fighting for democracy and is ever grateful to their Iranian lawyer Masoud Shafiee who never stopped trying to support them.

Although their imprisonment was traumatic, they did not self-destruct, despite being falsely told that their families stopped trying to contact them. They kept in shape by using water bottles as dumb bells and used ripped blindfolds to transform their sandals into jogging shoes. When they had the chance to interact for an hour a day they engaged in intellectual discussions to keep in their minds intact. The most hopeful act during their detention was when Bauer proposed to Shourd using a homemade ring made of his ripped shirt.