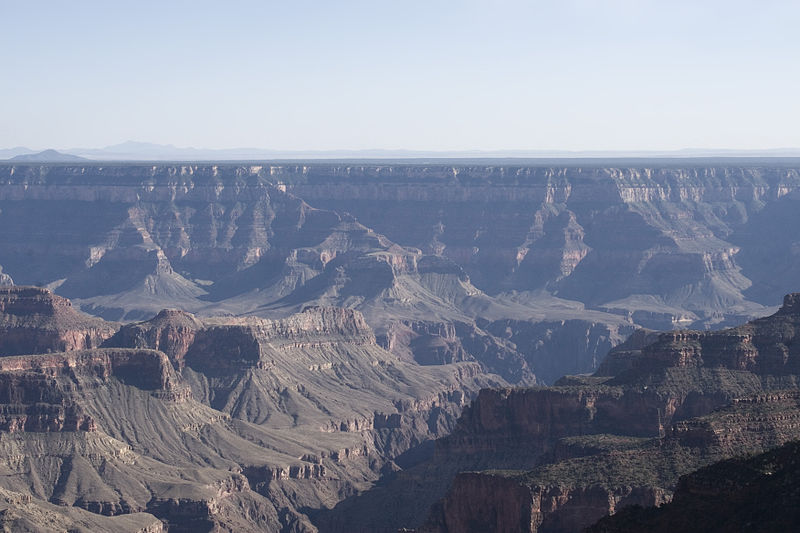 Christopher Alan Carlson (mid 40s) has been charged with six counts of child abuse for allegedly forcing his grandchildren to hike the Grand Canyon without food or water in August. The Indianapolis man’s federal trial started today in Phoenix, Arizona.

This morning a jury was selected and opening statements were scheduled for the afternoon. Carlson pled not guilty.

Carlson’s apparent intentions were to help his three grandsons (aged 12, 9 and 8 in August) lose weight. Chris Smith, Special Agent with the National Park Service, stated, “He told me that he loved his grandchildren very much, but at the same time there were tough people in the world and his grandchildren needed to be tough as well,” the Associate Press reports.

The six charges against Carlson stem from two different Grand Canyon hikes. On August 15, the grandsons were allegedly forced to hike 7.5 miles; on August 28 they were supposedly forced to travel 19 miles. For the latter hike, the grandsons reported to investigators that they were not allowed to eat breakfast that morning and were only given celery as a snack on the South Rim to Colorado River trek.

According to the Associated Press, the boys were allegedly forced to hike through being pushed, choked and kicked. Investigators state the grandsons had cuts and bruises. They were supposedly forced to vomit and were not allowed to drink water even when Carlson allegedly drank in front of them. One brother even reports that he was scared his sibling would fall in the canyon when he was forced to walk the edge even though he was moving unsteadily, the Associate Press adds.

On August 28th, the temperature was 108 degrees Fahrenheit and another Grand Canyon hiker died from the soaring heat. A ranger spotted the grandsons and Carlson and reported the grandfather was whipping one with a rolled up T-shirt.

Carlson’s defense attorney, Jeffrey Williams, stated that his client did not abuse his grandchildren, that he was a health nut and that he fed the boys a high carb diet and lots of fluid the night before. The grandsons’ mother said that Carlson had previously taken the boys on Jamaican and Central American holidays and that her sons had never complained of mal-treatment.

The trial is under federal jurisdiction because the alleged crimes took place in a national park. It brings to mind the various roles, from judge and lawyer to court reporter and bailiff, required for legal proceedings. If a legal justice career is among your ambitions, consider completing a law degree, paralegal degree, court reporting degree, legal studies degree or bailiff training.