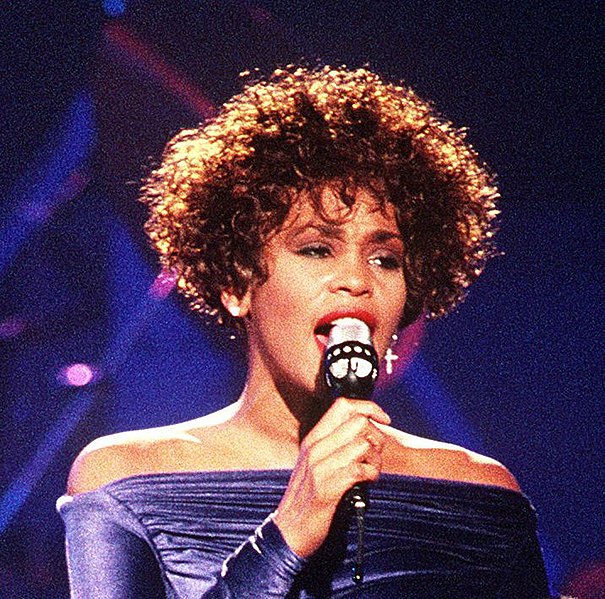 The Queen of Pop Music from at least the mid ‘80s to the late ‘90s died on Saturday, the day before the Grammy Awards. Nominated almost every year between 1986 and 2000 and winning a total of six awards throughout that time, Whitney Houston was remembered last night at the annual music ceremony. Jennifer Hudson beautifully and emotionally sang “I Will Always Love You,” one of the singles Houston was most known for.

Around 3:30 pm Saturday afternoon, just over 24 hours before the Grammys began, Houston was found in her bathtub, head submerged and unconscious in her Beverly Hills hotel room. She was scheduled to go to her mentor Clive Davis’ pre-Grammy party and concert later that evening. Davis, who had discovered Houston when she was 19 and helped pave the way to her stardom, had politely escorted her off his party’s stage last year due to her erratic behavior, Seattle PI reports.

Rumors have been flying about possible causes for Houston’s death, namely a drug overdose, due to her alleged problems with marijuana, alcohol and cocaine. In a 2002 interview with Dianne Sawyer, Houston admitted that she did have a history of “partying” but also struggled with stress which would cause her to stop eating. This past Thursday, an anonymous source recounted that Houston “looked disheveled, was sweating profusely and liquor and cigarettes could be smelled on her breath” while coaching Brandy and Monica during rehearsals, according to the Seattle PI.

Police Detectives stated that there was no evidence of criminal activity or foul play connected to Houston’s death. “As of right now, it’s not a criminal investigation,” said Lieutenant Mark Rosen of the Beverly Hills Police. Investigators are no longer examining Houston’s hotel room for evidence. They are waiting to hear the results from toxicology tests conducted at the coroner’s office before determining the exact cause of death. Such testing is predicted to take weeks, the Associated Press reports.

A police detective job description involves investigating how a crime has occurred by examining the scene and interviewing potential witnesses. They also seek to determine the cause of death, such as the case with Houston, and whether it stemmed from foul play, natural causes or accidental circumstances. Police detectives work in collaboration with medical examiners and forensic experts to try and determine precisely how a particular fatality occurred.

After serving sometime on the force, police officers can be promoted to the rank of detective. Often upgrading one’s educational background, by taking a criminal justice degree for example, helps someone rise up the ranks to this investigative position. Alternatively, if you are interested in helping solve crimes through scientific means, consider completing a forensic science degree or a criminalistics degree. You can also specialize in areas such as toxicology, pathology, DNA profiling, ballistics and forensic psychology.