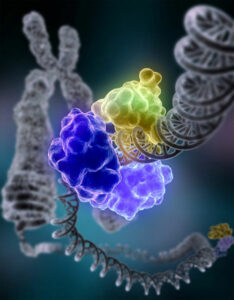 Earlier today, Psych Central posted an interesting article entitled “Digging into Biological, Environmental Roots of Antisocial Behavior”. It describes some of Dr. Brian Boutwell’s research that looks at, not only environmental and biological factors, but also genetic causes leading to anti-social and criminal behavior.

Dr. Boutwell is a Criminologist and an Assistant Professor at Sam Houston State University. He completed a Bachelor in Criminology and Psychology, followed by a Masters and PhD in Criminology. While not teaching, he devotes his time to biosocial research: “Biosocial research is a multi-disciplinary way of studying antisocial behavior. It involves aspects of behavioral genetics, neuroscience, evolutionary biology and developmental psychology,” explains Dr. Boutwell.

Boutwell, Beaver and Barnes’ findings, based on 4,000 subjects, suggested that long term offenders were more influenced by their genes than their environment. “The overarching conclusions were that genetic influences in life-course persistent offenders were larger than environmental influences. For abstainers, it was roughly an equal split: genetic factors played a large role and so too did the environment. For adolescent-limited offenders, the environment appeared to be most important,” stated Dr. Barnes in Science Daily.

Where traditionally environmental factors leading to a criminal lifestyle has been researched, the role of genetic factors is a relatively new field of study. If you are interested in how the environment, biology and DNA all play a role in criminal causes and effects, a career as criminologist may be your calling. Consider completing a forensic psychology degree or a criminology degree to start this incredibly fascinating and integral career.