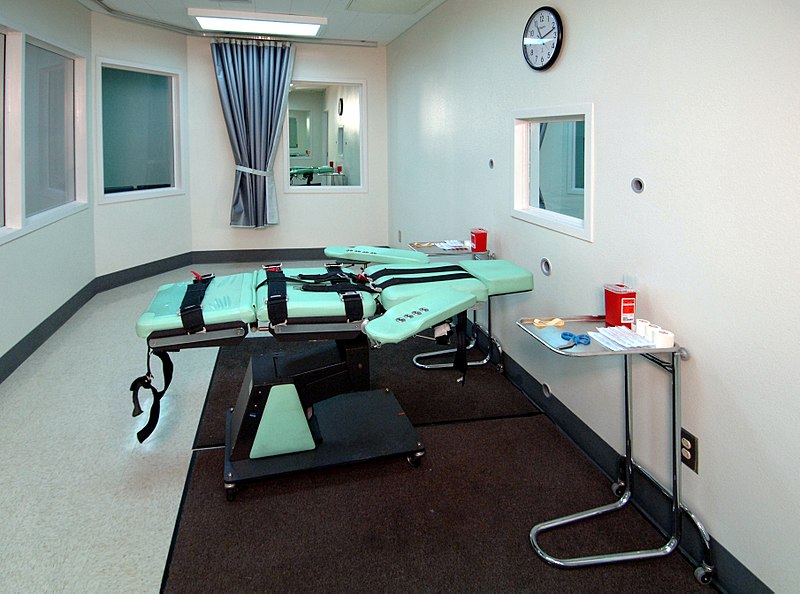 At 11:26 am this morning, Robert Charles Towery was pronounced dead, nine minutes after he was lethally injected. The execution in Florence (60 miles outside Phoenix) marks the second within nine days for Arizona and the thirtieth since capital punishment was reintroduced into the state in 1992. Towery is the seventh American death row inmate executed this year.

In 1991, Towery allegedly killed Mark Jones – at the time Towery was a mechanic and had done some work for Jones. He was sentenced to death for threatening Jones at gunpoint, strangling him with a noose made of plastic ties and injecting him with battery acid, according to Reuters. Towery’s alleged accomplice, Randy Barker, served a ten year prison sentence in exchange for testifying against his partner in crime. Barker recounted that the duo had taken a taxi to Jones’ home and asked him if they could borrow his phone since their “car had broken down”. After strangling Towery, he and Barker took off in Jones’ car with $1,200, jewelry and electronics.

This past Friday, at his clemency hearing, Towery stated he did not remember using a syringe to inject battery acid and he had no idea why he killed Jones. Experts testifying on his behalf stated that Towery was struggling with an addiction to methamphetamines and that his childhood was traumatic.

In cases such as this, numerous criminal justice careers come into play, including the homicide detectives who detained Towery, the lawyers and judge during the courtroom proceedings, the corrections officers during Towery’s 20 years on death row and even the doctors who acted as executioners. Other professionals that come to mind are the public policy makers that supported or refuted the reinstatement of capital punishment and the criminologists who are researching why people like Towery carry out such violent acts. Whether you want to be working in law enforcement, the judicial system, corrections or academia, there is a criminal justice degree with a specialization geared towards your passions and career goals.