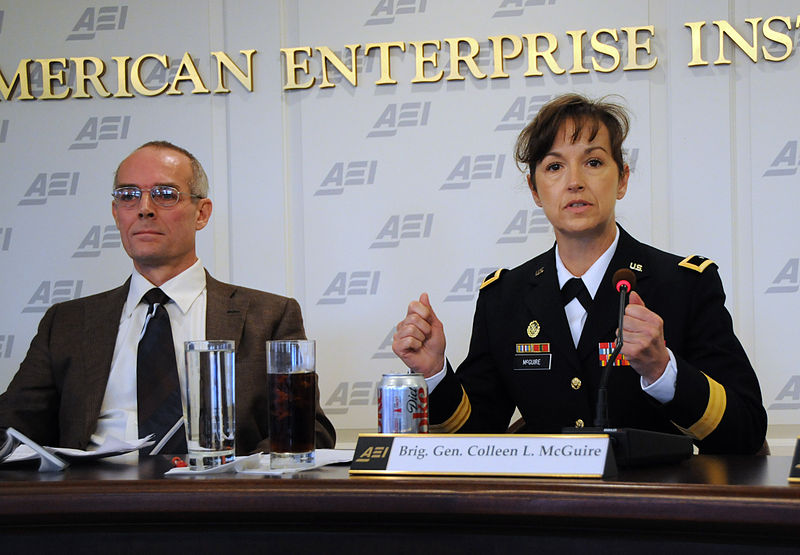 When military personnel return home after serving a tour overseas, they come back changed. If they’ve witnessed horrors associated with war, sch as their comrades dying before their eyes or innocent children caught in the cross fires, they come home with troubled minds and disturbing memories that don’t go away. A large proportion develops PTSD – post traumatic stress disorder. In fact, at least 20% of veterans (around 200,000 veterans) who were deployed in the last six years suffer from PTSD. The actual number is undoubtedly higher since still, in this day of age, there is stigma associated with any mental health issue.

Luckily awareness surrounding PTSD is increasing within the ranks of the U.S. Military and society in general. “Know absolutely that your chain of command and your leadership in the military at our highest levels recognize this issue and want to encourage our soldiers to seek out that mental health assistance,” said Brigadier General Gary S. Patton in the CNN article “Generals share their experience with PTSD” (2009). Patton and General Carter Ham, who both served in Iraq, shared with CNN about their personal struggles with PTSD as well as some of the more harrowing moments they witnessed on the battlefield.

For Patton, it was medevacing one of his unit’s soldiers who had been shot and then watching him die. For Ham, he said December 21, 2004 was the “worst day of [his] life” because he witnessed the mess tent blown up by a suicide bomber resulting in the loss of 22 lives.

Back on American soil, Patton and Ham experienced symptoms, such as disturbing flashbacks, trouble sleeping and avoiding talking about some of the more traumatic events. Other symptoms include emotional numbness, nightmares, anxiety, no longer having interest in past activities, feelings of guilt or shame, irritability, anger, resorting to substances to numb the pain and even suicidal thoughts.

Rather than prolonging the destructive nature of PTSD, it’s important to get help! “We need all our soldiers and leaders to approach mental health like we do physical health,” Patton told CNN. He added that just as you would get help for a broken arm, you should get help for PTSD and other mental health problems.

And remember it is not a sign of weakness. Perhaps Chaplain Kathie says it best in her blog Wounded Times (a blog “dedicated to defeating combat PTSD”):

“Well, you are not now nor have you ever been weak. When you were deployed and lives were on the line, what did you do? Did you call in sick? Did you catch a flight back home? Or did you stay to help the men and women you served with? Did you notice the pain you had inside when someone else was in danger?

You did not allow yourself to feel the pain you carried until everyone was out of danger, until you were back home, until you couldn’t trap in behind the wall any longer. How much tougher can you get than to be able to carry that kind of pain and still do it all?”

Check out the following links to find out more about Combat PTSD and how you or a loved one can seek help: