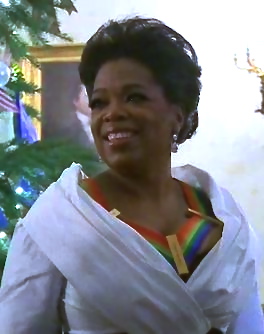 “I saw the film and was so moved by it. I think you will be too,” said Oprah about “Middle of Nowhere”.

The acclaimed feature film, Middle of Nowhere, has opened in theatres in New York City, Los Angeles, Atlanta, Washington D.C. and Philadelphia this weekend. The indie motion picture was directed by Ava DuVernay, who is the first African American woman to win the prestigious Sundance Film Festival best director prize (which she won earlier this year).

Middle of Nowhere tells the tale of Ruby whose life is turned upside down when her husband Derek is locked up with an eight-year prison sentence. She puts her medical degree dream on hold and switches to the night shift at her nursing job, so that she can loyally visit her husband every weekend at the correctional facility and be home during the day so she doesn’t miss a phone call. The film’s trailer beautifully introduces audience members to the drama characterized by self discovery, betrayal, sacrifice and love. (It can be seen at http://www.middlenowhere.com/).

Middle of Nowhere is the first film that DuVernay wrote but it was not the first film she made. “We were getting No’s to stories about the interior lives of Black women – not top on the list for films to be made by the studios,” said DuVernay in an interview on the PBS Tavis Smiley show. “So a lot of closed doors, and ultimately we had to go through that I think to get to a place where I really understood that there is a way to do this without permission, and to get to a place where I could empower myself to make the films and tell the stories I want to tell”. DuVernay ended up making a film (I Will Follow) that only cost $50,000 – the amount of money that was in her bank account. The film was completed, after everyone worked for $100 per day, and proved that there was an audience for Middle of Nowhere, which allowed them to get a little bit of money to make it.

DuVernay was inspired to write and produce Middle of Nowhere by the women she knew or observed that had a loved one in jail, although she originally envisioned it to be a documentary. “Growing Up in Compton, Calif., director Ava DuVernay was surrounded by people like Ruby, the main character of her award-winning feature film ‘Middle of Nowhere,’” wrote the Philadelphia Daily News’ journalist, Molly Eichel, on October 9, 2012. “She calls people like Ruby women-in-waiting: They are the mothers, daughters, wives and sisters of men who are incarcerated”.

The rave reviews are pouring in, like from Oprah (“I saw the film and was so moved by it. I think you will be too”) and from the LA Times’ Kenneth Turran (“This is classic filmmaking of a completely different sort”). Find out about the film’s future release dates in various other cities: http://www.affrm.com/middle-of-nowhere/