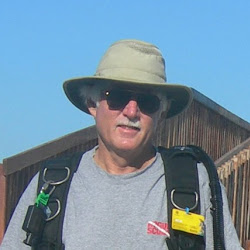 Forensics work is not limited to cases involving humans. The U.S. Fish & Wildlife Service Forensics Laboratory, located in Ashland Oregon, is dedicated to investigating and analyzing evidence related to wildlife cases and it is the only laboratory of its kind in the world! It was started from scratch in 1979 by Ken Goddard who remains the forensics lab’s director today. CriminalJusticeSchoolInfo.com had the amazing opportunity to interview Mr. Goddard via e-mail about his career before wildlife forensics, about setting up the lab and about the intriguing cases he and his staff handle. What was immediately striking about his responses was he is a natural storyteller. This should come as no surprise, as in addition to his “day job”, he writes crime-thriller novels and has already published 11 books!

CJSI: What were you doing before you created the U.S. FWS Forensics lab?

KG: I got into law enforcement (as a deputy sheriff/CSI/forensic scientist) right out of college by accident.  I got hurt in a judo accident a couple of weeks before I was going to graduate from the University of California (Riverside campus) with a B.S. degree in biochemistry. The instructor who took me to the hospital to get my shoulder put back into place (and who happened to be a Sergeant for the Riverside County Sheriff’s Department) knew I had talked a lovely Asian-American coed named Gena into getting married, which meant I would soon need a job …But he also knew that I really didn’t like biochemistry any more.  As we neared the hospital, he fatefully asked me: “Have you ever thought about being a cop?” I replied something to the effect of, “Heck no, I can’t even win in a fair fight.”

As it happened, the Riverside County Sheriff’s department was looking to hire a second forensics guy to work crime scenes out in the desert, but was having trouble doing so in that infamous late-60’s era that seemed to revolve around hippies and the Vietnam War.  The catch: I would have to be a deputy sheriff also (mostly for my own protection at the scenes).  As the son of a former Marine NCO veteran of the Korean War, I didn’t see that as being all that bad of a deal … especially if it meant I could afford to marry Gena.

So two weeks later, I graduated, got married, gingerly raised my right hand, and my law enforcement career began.  A year later, I transferred to the San Bernardino (CA) Sheriff’s Department (bigger crime lab and much bigger desert), and began digging up bodies from shallow graves in between running narcotics, blood alcohol and urine morphine analysis; processing items for latent fingerprints; and matching expended bullets and cartridge cases back to suspect weapons.  I did all of that for 4 more years, then transferred to the Huntington Beach (CA) Police Department to set up and supervise a Scientific Investigation Bureau (a combined crime lab, ID bureau and photo lab) for seven years until I got hired by the U.S. Fish & Wildlife Service to set up their Forensics Lab.

CJSI: What have been the most challenging and most rewarding aspects of founding the lab and still directing it today?

KG: The most challenging part was getting the lab set up in the first place. It wasn’t until my wife, daughter and I moved to the Washington D.C. Metro Area (Oakton, VA), and I spent about 6 months writing evidence-handling and CSI manuals for the Division of Law Enforcement (LE) that I learned that 1) LE had no money to construct and staff a forensics lab; 2) it was my job to lobby for that money; but 3) it was illegal for a federal government employee to directly lobby Congress. Understandably, perhaps, it was my immediate impression that a federal law enforcement agency had hired a police crime lab director to commit a crime in order to establish a federal crime lab. The reality was something else entirely, of course: there was a dance to be played out that necessarily involved NGOs (non-government organizations) who could lobby Congress and get them (the Congressional staffers) to call me up with questions which I could then answer. In between all of this ‘dancing,’ I was given a badge and pistol, and told to put together a CSI kit and then go out and help our special agents in the field … which turned out to be a truly fascinating series of adventures. Fact is, if it hadn’t been for my dear wife and daughter, whom I really didn’t want to be away from for very long, I’d probably still be out there with my CSI kit … and there wouldn’t be a National Fish & Wildlife Forensics Lab today.

And that, of course, is where the true satisfaction lies: the fact that our originally small lab has gone forward to become (sadly still) the only full service crime lab for wildlife in the world, with 22 forensic scientists successfully working evidence from about 20,000 cases so far, and testifying in state, federal and international courts all around the planet … all the while making huge gains in terms of researching and developing reliable analytical protocols for a wide range of wildlife evidence items.

CJSI: What types of cases do you and your staff work on?

KG: Our cases range from a simple one poacher/one-animal investigation in which the majority of the work involves matching bullets back to firearms, and matching blood/meat/carcasses in the possession of the suspect back to the crime scene … to highly complex undercover investigations in which we assist the covert investigators by identifying a wide range of wildlife parts and products and processing associated items for latent fingerprints. The parts and products can include hair, fur, feathers, teeth, bones, skulls, hides, purses, boots, Traditional Asian Medicines, not to mention a huge amount of caviar.

Our first job is usually to figure out what the victim is (to determine if a crime has actually been committed) before we can start our traditional crime lab job of trying to link suspect, victim and crime scene with physical evidence.  And we have to do this knowing that 1) the part or product typically will not possess the commonly accepted species-defining characteristics (forcing us to research and develop new ways of identifying species based on only a small piece of the animal); and 2) we cannot narrow down our list of possible species-sources of that part or product by making an assumption about its country of origin.  Accordingly, our scientists must develop protocols that allow them to start with the entire planet as a possible location-source … often a very daunting task!

Stay tuned for Part 2 of our interview (to be posted next week) with Ken Goddard where you can read about a particularly adventurous case in Alaska he worked on and how his lab facilitates wildlife forensics investigations around the world.