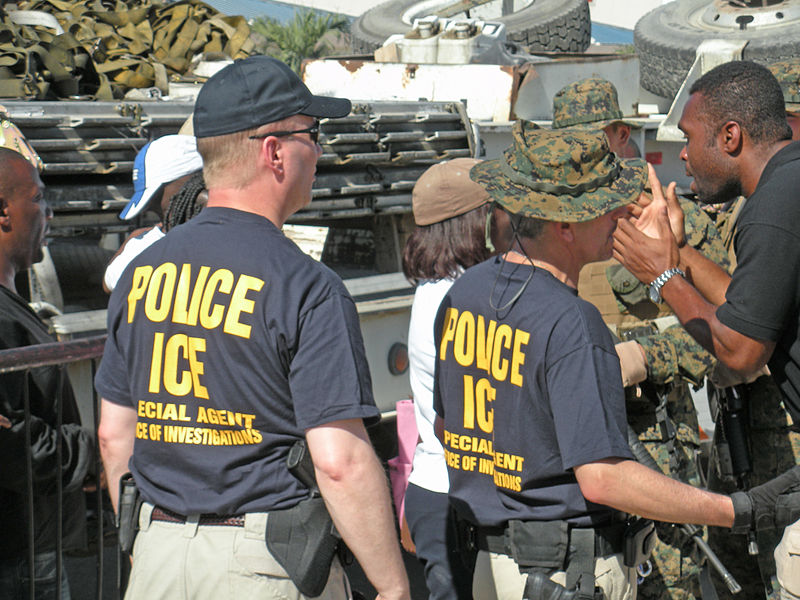 When you hear about U.S. Immigration and Customs Enforcement (ICE), your mind may automatically think of an agency that focuses on ridding the country of illegal immigrants—a highly contested issue.

It’s true, of course, that immigration enforcement is a major part of ICE’s mandate. But as the Department of Homeland Security’s main (and the federal government’s second largest) investigative agency, ICE deals with a number of crimes, including human trafficking, gangs, illegal drugs, identity fraud, terrorism and more.

In an inspiring video on ICE’s website, Marie Martinez (Section Chief for ICE’s Victim Assistance Program) says, “I think people don’t think of ICE as an agency with a human face. Our investigators, our special agents, our Intel specialists are all people working to enforce laws that not only protects the physical security of our country but also the basic freedoms, dignity and human rights of the people who live here.”

In the video, Martinez shares that one of the most rewarding experiences she has had working for ICE was helping young girls in Cambodia who were “groomed to be sexually abused and exploited” by an American male. Martinez built a rapport with these traumatized girls when they came to the States to testify against their abuser. One of the girls told Martinez that because of how ICE helped her, she felt “good and hopeful about her future.”

Another inspiring video, from January 3, 2013, describes the outcome of ICE’s Operation Sunflower. In the video, ICE’s Director, John T. Morton, says, “The results were significant but grim, a sad reminder to us all that online child exploitation is a very real part of our lives and absolutely demands our full attention as a nation.” The operation resulted in the arrests of 245 individuals and the identification and rescue of 123 children, as young as two years old, from all over the world.

ICE’s Occupations webpage outlines six categories of careers with the agency. These include:

ICE advertises job postings on www.usajobs.gov, as do other Homeland Security components, such as the Transportation Security Agency (TSA), the United States Secret Service (USSS) and the Federal Emergency Management Agency (FEMA). The agency’s website also says it offers paid internships for high school and college/university students, volunteer opportunities for students to help them get their foot in the door, a one-year development program for recent grads and a recruitment program for veterans.