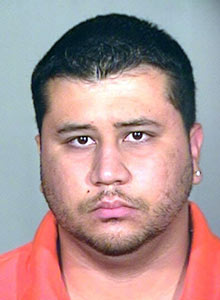 George Zimmerman is standing trial in the shooting of Trayvon Martin

Today in court, Trayvon Martin’s father testified that he never denied the fact that the screams heard on the famous 911 recording were his son’s. “Tracy Martin said that he merely told officers he couldn’t tell if it was his son after his first time listening to the call,” reported the Associated Press’ Mike Schneider and Kyle Hightower.

Before Tracy Martin got up on the witness stand, lead investigator Chris Serino and officer Doris Singleton both testified that he said “No” when asked if those were his son’s screams. The prosecutor asked Serino whether Martin’s “No” reply could have been a form of being in denial, to which Serino replied that it could have been.

The emphasis on who is screaming on the 911 tape is crucial to shedding some light on George Zimmerman’s culpability. (Zimmerman has pled not guilty to second degree murder). “Relatives of Martin’s and George Zimmerman’s have offered conflicting opinions about who is heard screaming,” reported Schneider and Hightower.