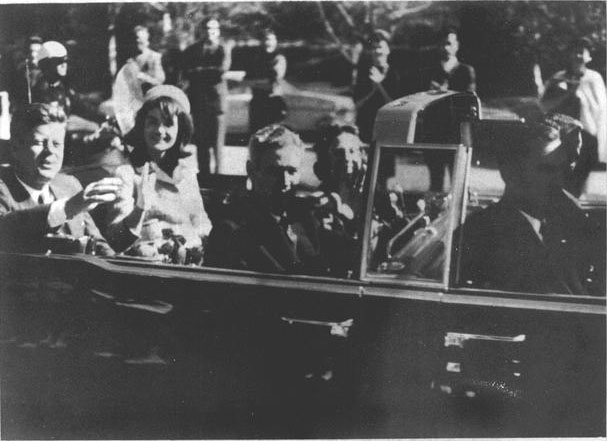 If you happen to be in Radford, Virginia this evening (Tuesday, December 3) you might be interested in what’s going on in Radford University’s McGuffey 206 starting at 5pm.

Students in Dr. Tod Burke and Dr. Stephen Owen’s criminal justice course entitled “Investigating the Kennedy Assassination” will be presenting their new investigative interpretations of the JFK assassination case. An expert panel of academic, media and criminal justice professionals (including Radford City Police Chief, Don Goodman, and Radford City Commonwealth’s Attorney, Chris Rehak) will be in attendance and the event is also open to the public.

The fall semester course is very timely given that JFK was assassinated 50 years ago. “Students in the class will focus on every aspect of the assassination and learn about the changing landscape of the early 1960s, from politics to pop culture,” reported RU public relations writer, Dan Waidelich in September. “…’We’re working through the case from the beginning,’ said Owen, department chair and professor of criminal justice at RU. ‘What were the key pieces and who were the key players? Why did he go to Dallas? Why are there still conspiracy theories popping up about it?’”

The seminar course, open to both undergraduate and graduate students, has been interdisciplinary delving into areas like criminal investigations, policing, political science, sociology, psychology and philosophy. According to the Fall 2013 syllabus, no texts were required but books like Reclaiming History: The Assassination of President John F. Kennedy by Vincent Bugliosi (W. W. Norton & Company) were highly recommended.

Readings have not been exempt from the class, however, as students have poured through literature reflecting the 1960s era, background information on those who provided case testimony, excerpts from at least one of the four commission reports (Select Committee on Assassinations, ARRB, Warren Commission and/or Church Committee) and more.

Dr. Burke and Dr. Owen also taught the course in 2008. The final presentations that year demonstrated that students “went above and beyond in discovering new ways to investigate” JFK’s assassination, described Waidelich, including employing biometrics to analyze whether it was plausible for Oswald to make it to each shooting location fast enough.

Radford University is not alone as a number of university departments and faculty have been offering JFK-related courses this year (or in recent years) to commemorate and re-analyze the assassination, and perhaps even resolve unanswered questions.

For example, University of Virginia politics professor and director of the Center for Politics, Larry Sabato, released a book in October called The Kennedy Half-Century: The Presidency, Assassination, and Lasting Legacy of John F. Kennedy. To complement his publication he put together a free online course, which he offered through the Coursera platform leading up to the November 22nd anniversary.

Guess what? You can still participate in the free course! For more information on the course and Sabato’s book, visit: http://www.thekennedyhalfcentury.com