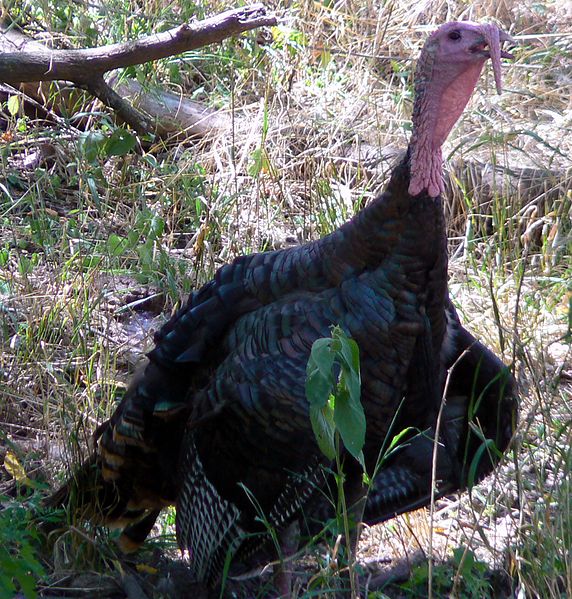 We hope you have already or are about to indulge in a delicious holiday meal, be it turkey with all the fixings or something completely different.

Many of you probably got your Thanksgiving fowl from the grocery store, or even directly from a local farm. But did you know that some acquired their family turkey in the wild?

Over 40 states across the country (including Hawaii!) have fall turkey hunting seasons. Criteria (such as exact dates, hunting limit and licenses) are regulated by each state’s Parks & Widlife, Fish & Wildlife, Natural Resources or related department.

It is a myth that hunting threats wild turkey populations, according to Froma Harrop, in the San Antonia Express-News (mySanAntonia.com) article “Save the Wild Turkey.” Harrop adds, “To the contrary, hunters’ license fees and conservation donations have helped save the turkey and other game birds by paying for habitat restoration.”

Restoring native wild turkey populations in the United States and Canada is often dubbed as one of the “greatest wildlife conservation success stories.” In the early 1900s, the North American population had reduced to approximately 30,000 birds. The Nature Conservancy senior science writer, Matt Miller puts 30,000 into perspective, saying it is “a smaller number than today exists for orangutans, polar bears and African elephants, all species with futures causing considerable angst among conservationists.”

Now North America is home to nearly seven million wild turkeys, says Miller. The rebound is credited to factors such as habitat conservation and reintroduction programs led by government agencies and organizations like the National Wild Turkey Federation.

However, the National Wild Turkey Federation reports that just in recent years, the population is seeing declines due to habitat loss. Thus, the organization is embarking on a “Save The Habitat, Save the Hunt” campaign.

Retired game warden Dick Turpin is “addicted to studying and hunting the Wild Turkey,” he says on his website. Turpin worked with the Nebraska Game and Parks Commission for 40 years until 1999. “I eventually worked my way through the ranks serving as a Conservation Officer, State Hunter Safety Coordinator and finally, Chief of Law Enforcement,” he says.

When the Parks Commission re-introduced wild turkey to the state, Turpin decided to try hunting the bird and has been passionate about it ever since.  Aside from the hunt, the former game warden is also still enthusiastically interested in conservation as well as turkey behavior—he even makes hand-crafted box and pocket turkey callers!

If you are outdoorsy and looking for a way to source your cuisine locally, perhaps you might find yourself hunting the rest of this season or next spring. “Bag your holiday groceries in the outdoors by going turkey hunting,” states the Oregon Department of Fish and Wildlife’s Thanksgiving Turkey Flyer. “Locavores know game meat is lean, healthy, sustainable and always comes with a bonus–a fun outdoors experience!”