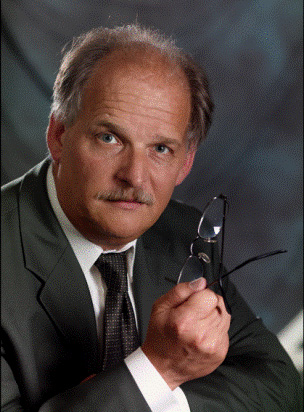 It might surprise you that Raymond E. Foster did not always dream of becoming a cop. But he spent 24 fruitful years with the Los Angeles Police Department working his way up from patrol officer to lieutenant. While serving in the LAPD, he completed a Bachelor’s degree in Criminal Justice Management from the Union Institute and University and a Master’s degree in Public Financial Management from California State University, Fullerton.

Since Foster retired in 2003, his career has focused on teaching and writing; some of his specialties include criminal justice, public administration, homeland security, criminal investigations and police technology. He has taught at each of his alma maters and continues to teach college students part time. He has also led seminars and completed consulting work across the United States and abroad, including assisting the Government of Jamaica in developing an anti-gang strategy.

Foster has published three books: Police Technology (Prentice Hall, 2004) which has been included in the curricula of over 100 colleges across the country; Leadership: Texas Hold’em Style (BookSurge Publishing, 2007), which was co-written with Captain Andrew Harvey; and A Concise History of American Policing (American Heroes Press, 2010).

When CriminalJusticeSchoolInfo.com reached Foster at his California home, he had been up since 4:30am (his regular wake-up time). Numerous times during our conversation, he claimed that his success all happened “by accident” but we somehow don’t think this is the case. As he shared about his career and some advice for prospective criminal justice professionals, his hard work ethic, his drive to learn and his openness to try new experiences was abundantly clear.

CJSI: What inspired you to start a career in law enforcement?

RF: My father was a police officer so it was a field with which I was familiar but that’s not really how I ended up there. My goal from a very young age was to become a jet pilot. I had worked very hard in school and scouting and everything to become a jet pilot. I was going to wrangle myself an appointment the Air Force Academy.  When I was 15 I found out that if you had had sinusitis ever in your life (which I had had when I was 11—I was hospitalized for like three weeks) you could never get flight status because of the weakening of the walls of your sinuses. I was very disappointed…

But in my junior year of high school, I joined the Coast Guard and I went to boot camp. This is right after the draft ends, about a year after the final Americans pull out of Vietnam and all of the military branches were pretty much in shambles from my perspective. But the Coast Guard had this continuous search & rescue and law enforcement mission and it really looked interesting, so I signed up. I went to boot camp between the junior and senior years of high school and I went back and I finished my last year of high school and then I went on to school for the Coast Guard. Just before I left for school I got married. So here I was 18 and by the time I was 19 and 20, I started looking around for a job. Because my father had been a police officer and I knew what that life was about, I signed up.

It was probably the best decision I ever made at that point. I loved that career and I had a great time, but it was kind of an accident—it wasn’t my first choice. I think the Coast Guard with its mission also made me look twice at policing. My father was a Los Angeles police officer so there was only one police agency to join and that was the LAPD. And I did!

“It was probably the best decision I ever made at that point.”

CJSI: What was the process like applying to the LAPD’s police academy?

RF: I happened to get very fortunate because it was the end of a five year hiring freeze and they only opened up three classes of about 100 people each and they told me to show up in February. The Friday night before I was supposed to show up on Monday morning, I get a call back and they say, “Hey you’re not 21 yet.” And I said, “Yeah I’m not 21 until March.” And they said, “Well you can’t be a police officer until you’re 21 so don’t show up on Monday.”

I kept calling them and finally they had another class starting on April 20th. Because I had lost my spot in February for not being old enough, they didn’t have a spot for me. But the guy said, “Look…somebody always quits on the first day. So show up and when somebody quits and you can have their spot.” And sure enough at noon, somebody walked away from it … Next thing you know I was on the job!

“I think anybody that goes into law enforcement should go in with the idea that they’re going to be pushing a black and white around.”

CJSI: : What were some of the positions you held with the LAPD?

RF: I worked my first eight years in patrol. I think anybody that goes into law enforcement should go in with the idea that they’re going to be pushing a black and white around. Down the line, if you go into a specialized unit or come to specialized function, or find something you like to do (like homicide, SWAT, the boat unit or bomb squad) that’s great, but you should be joining up for pushing that black and white around. I enjoyed those eight years. I got interviewed for a job (for working in Jamaica for six months). When they were interviewing me on the phone, the guy asked me, “You’re this academic guy now, and you were a beat cop for so long. Which do you most identify with?” I said, “If you could turn the clock back and make me 22 years old again, put me in a black and white.” That was a great eight years.

I had read this book when I was a teen called The Blue Knight by Joseph Wambaugh, who is probably the most famous LAPD officer to become a writer. The Blue Knight was about a guy named Bumper Morgan who walked a foot beat in downtown Los Angeles. So I had been working patrol for eight years and thought now I want to work a foot beat. So I transferred from South Central Los Angeles to Central Division and I worked a foot beat for a year-and-a-half and had a great time.

About six months into that, my dad, who was still on the job (he was a motorcycle officer) signed me up to take the Sergeant’s test. I didn’t sign up myself—I didn’t want to take it. He showed up at my house with a friend of his and they took me to the test. They literally made me take the Sergeant’s test. Out of 600 people, I ended up #35 on the list. That’s pretty good because the lists are good for about two years and they’re going to make 100 Sergeant’s out of that. So I was walking a foot beat and the Captain called me one day and said, “Tomorrow you’re a Sergeant and you’re going to Southeast Division,” (which is Watts).

Stay tuned for Part 2 of our interview with Lieutenant Raymond E. Foster. In the mean time, check out his website: http://police-lieutenant.com/