Before this year’s Black History Month comes to close, let’s take a look at some pioneering and inspirational African Americans who have held key criminal justice positions. 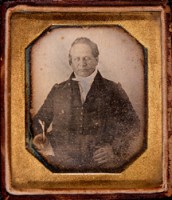 Macon Bolling Allen was the first African American granted a license to practice as a lawyer after passing the bar exam in Maine, 1844. It was hard for Allen to find work people were unwilling to hire a Black lawyer. The next year he moved to Massachusetts and it is said he walked 50 miles to write the bar exam in Boston due to not being able to afford transportation. It is also believed that Allen was the first African American to hold a judicial position, serving as a Justice of the Peace in Massachusetts and later as a judge of the Inferior Court and probate judge in South Carolina.

Sgt. Horatio Julius Homer was the first African American police officer with the Boston Police Department when he was sworn in on Christmas Eve in 1878; he was also quite possibly the country’s very first Black police officer. He was promoted to sergeant by 1895 and spent over 40 years on the force. It sounds like he was a natural, as before he was officially in law enforcement, he had rescued passengers while working for the railroad and caught a burglar while working aboard a steamship. 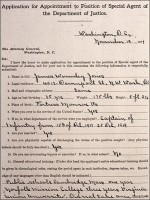 According to the Federal Bureau of Investigation article “A Byte Out of History,” James Wormley Jones was one of the first or the first African American FBI special agent. Prior to this position, he served in the Washington Metropolitan Police Department as footman, horseman, motorcycle officer and detective; and also as a praised Army Captain during WWI.

It is unclear who the first African American female to become a police officer exactly was, but both Grace Wilson and Georgia Robinson are both pioneers. Some sources report that Robinson was a sworn officer with the LAPD in 1916, while others say she started volunteering that year and officially became a policewoman three years later. For Wilson, it’s said she passed Chicago’s police force exam in 1916; sources vary on whether she officially became a sworn officer in 1916 or 1918.