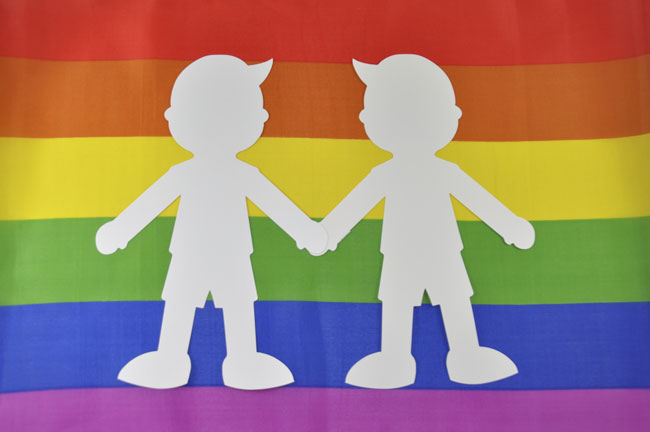 Last Tuesday, Judge Arenda L. Wright Allen heard the biggest case of her career on the bench. Five attorneys argued for either side of Bostic v. Rainey et al. in her United States District Court for the Eastern District of Virginia courtroom. At the conclusion, Judge Wright Allen said she would be making a decision soon.

Last summer, Timothy Bostic and Tony London, who have been in a committed relationship for over two decades, filed a suit against the State Registrar of Vital Records and the Norfolk Circuit Court Clerk after the couple was refused a marriage license. Their lawsuit argues that Virginia’s anti-gay marriage law is a violation of Fourteenth Amendment Rights. Couple Carol Schall and Mary Townley join Bostic and London as plaintiffs; the defendants are the Norfolk and Prince William Circuit Court clerks.

Supporting the argument for allowing same-sex marriage, “Virginia Solicitor General Stuart A. Raphael compared the state constitutional amendment banning such unions to the commonwealth’s previous defense of segregation, a ban on interracial marriage and resistance to admitting women to VMI — all decisions overturned by the Supreme Court,” stated The Washington Post’s Robert Barnes last week. On the other side, a senior attorney for Alliance Defending Freedom, Austin R. Nimocks, argued in favor of heterosexual marriages because of the “procreative dynamic.”

On February 6th, the Associated Press’ published an interesting piece entitled “Judge in Gay Marriage Case has Diverse Resume”. In the article, journalist Matthew Barakat describes her eclectic career and how chief federal public defender Michael Nachmanoff and FBI chief of staff Chuck Rosenberg both agree that “trying to pigeonhole her judicial philosophy would be a losing proposition.” In other words there is no clear indication on what she will decide in the case of Bostic v. Rainey et al.

Nachmanoff and Rosenberg also praise Judge Allen Wright’s career. She completed a Bachelor’s degree from Kutztown University in the early 80s (and her alma mater awarded her Department of Criminal Justice Outstanding Alumni Award in 2012.) She went on to complete her law degree at North Carolina Central University.

Before becoming District Judge for the U.S. District Court for the Eastern District of Virginia in 2011—making her the first African American woman to be appointed a federal judge in Virginia—Judge Wright Allen worked as a judge advocate officer in the Navy, an assistant U.S. Attorney and a federal public defender.

Nachmanoff, Judge Wright Allen’s boss when she was a public defender, said it was “unusual but not unprecedented” that she has served both as a prosecutor and defender. He said, as reported by Barakat: “‘It’s a reflection that she has a deep-seated conviction to public service,’ and an ability to ‘do good work in a very different way’.”

“Liberals who want the state’s ban overturned may be encouraged by her service as a public defender and the fact that she is an Obama appointee, while conservatives may be heartened by her experience as a no-nonsense federal prosecutor,” stated Barakat.

If Judge Allen Wright does decide to rule in favor of the plaintiffs, Virginia would be the first state in the South to allow same-sex marriage. Whatever she decides, however, it is predicted that it will be appealed and ultimately a Supreme Court decision.