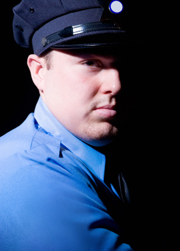 Get an inside look at police work with the Cadet Program

The police cadet program was formed to draw interest from high school students and those under the age of 25 who are interested in pursuing careers in police work and law enforcement. The cadets program lets young people become acquainted with police and law enforcement work. The program sets the stage for employment in entry-level police work before their 21st birthday.

The cadet program is intended for those who wish to become police officers but are not yet old enough. There is a minimum and maximum age to participate in this beneficial program. If you are not yet old enough to become a police officer or would like to attend college while training to become a police officer, the cadet program is the ideal choice for you. Many departments will allow prospective cadets to begin the program while they are a senior in high school and some permit cadets to continue in the program until they are 25, granting them the opportunity to complete their degree simultaneously. As with many requirements, some departments may have slightly different specifications. You should always check with the department to determine where you should begin.

How do I qualify for the Police Cadet Program?

Depending on the county or city, the basic requirements to be a cadet are that you are between the ages of 17 to 25 (most programs range18 to 21, but there are a few where cadets participate until age 25); either be a senior in high school or attending college for an associate’s or bachelor’s degree (check with your department to see the minimum credits you must carry); possess a valid drivers license for your state; be a U.S. citizen; pass a background check; have good vision (corrective glasses or contacts are allowed) and hearing; no felony convictions or serious misdemeanors; no drug abuse; and must be able to meet physical fitness requirements. For a more detailed list, check with the department to which you will apply. Although most are similar, there might be a slight but important difference.

What will I learn and observe in the Cadet Program?

The Cadet Program allows cadets to get hands-on experience by observing the daily duties of police officers. In some areas, they may assist officers with tasks such as directing traffic, crowd control, and any other assigned duty that lends support to the department.

The Police Ride-Along Program is an excellent opportunity to see if police work is for you. After meeting the general requirements (minimum age, usually 18), filling out an application, and signing a waiver, you will be considered for a police ride-along. You can expect to ride with two officers in the cruiser. If an emergency situation arises, the officer may decide it is in your best interest to drop you off somewhere safe, where another officer will pick you up. This program is great for people interested in becoming police officers, as well as allowing the general public to witness first hand the intricacies of a cop’s job.