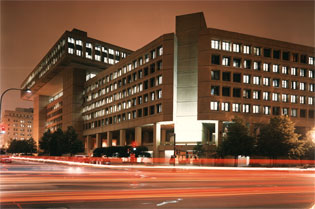 FBI Special Agent jobs are probably among the most romanticized in America. Thanks to countless spy movies, we as a society tend to think of every FBI Agent as the equivalent of James Bond. So I expect that some of you have come here thinking that an FBI job description entails taking on evil masterminds and overthrowing tyrannical dictators, but you probably won’t be involved in any of that. Special Agent work can be a mix of routine tasks combined with exhilarating and rewarding work. FBI Agents can best be described as law enforcement officials on a national level however, that doesn’t mean that there isn’t any excitement to the job. Remember, the FBI played key roles in capturing the Unabomber, dismantling gangland America, and finding intelligence after 9/11.

Working for the FBI

FBI jobs are among some of the most secure in the country. Working for the FBI means you are in a job that is unlikely to ever be downsized (because of how important the FBI is to national security) and so you don’t need to fear being laid off in a recession economy. The FBI also pays its employees extremely well. The average American makes around $40,000 a year, the average FBI employee makes around $65,000 a year, and the average FBI special agent makes $89,000 on average annually. However, these perks come with a price. After meeting the FBI agent requirements for employment and attending FBI Special Agent training, you are expected to be one of the best in the nation at what you do. The FBI only wants the “cream of the crop” to work with them and so if you aren’t performing up to snuff, it’s doubtful that they will hold on to you. The FBI expects your best effort at all times. To get an in-depth look at what it’s like to work for the FBI, check out our interview with former FBI Agent and True Crime Writer, Jim Fisher.

Other Roles within the FBI 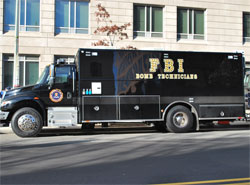 If you don’t want to be a special agent, there are still other career opportunities. Of the 30,000 men and women who are employed by the FBI, roughly 12,000 are special agents and the other 18,000 are other skilled professionals with entirely different FBI job descriptions. The professional staff includes intelligence analysts, information technology services, applied science and engineering, linguists, business managers, FBI police, investigative support and surveillance, and other career opportunities.

To be an FBI professional you must still pass the FBI background inspection, you must have at least a Bachelor’s degree from a university that has been accredited by the US Secretary of Education, have prior relevant work experience, and you must also be a US resident. Several assignments say that you need to have already been a Federal employee and to have served with the US military in some capacity. The specifics of each can be found at the link provided. I assume that the physical requirements and age requirements are relaxed but I haven’t found any information either way on this.

Career advancement within the FBI takes two things: merit and studying. Not only do you have to prove that you have the qualities it takes to be a leader at the FBI, you also have to attend the Leadership Development institute, which is a division at the Training Facility in Quantico, Virginia. Only with both of these will you be promoted within the FBI Special Agent program.

If you are a professional non-agent, then opportunities for career advancement are more common. You can rise to higher position on merit alone but to be a manager or a anything higher you will also have to attend the Leadership Development Institute.