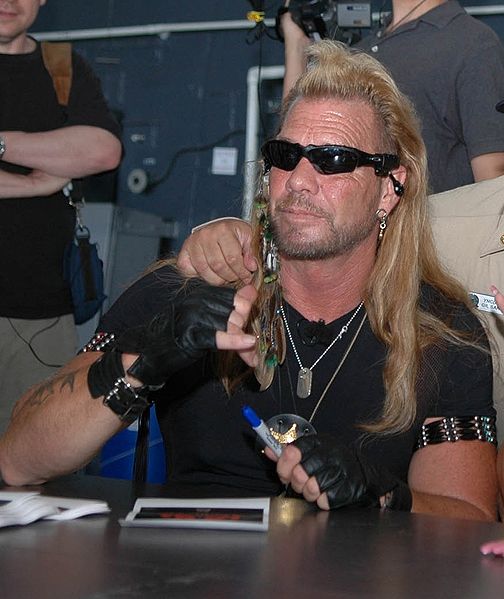 Of all the criminal justice and law enforcement careers, one that is quite unconventional – or at least seems that way – is that of bounty hunting. But professional bounty hunter and skip tracer Billy Wells says media and Hollywood gives the profession a bad name. “The Old West motion picture image of the bounty hunter who will ‘bring ’em in, dead or alive’ has unjustly given the Bounty Hunter a bad name which is seldom, if ever, justified,” writes Wells. “Certainly, when a hardened criminal skips out on his bail bond, some considerable force may be needed to take the person into custody and to ‘persuade’ that person to return to face trial. But this is exactly what the modern Bounty Hunter does—getting people back into custody whom society wants behind bars”.

According to ABC News’ Oliver Libaw in his piece “Bounty Hunters Cleaning Up Their Images”, there are thousands of bounty hunters catching approximately 30,000 bail jumpers a year in the United States, but there are only a few hundred that work in the profession full time. WXYZ 7 Action News followed around a Detroit crew of full time bounty hunters. Val Clark described the group of agents (most of them fathers) as they pursued fugitives with and without police back-up, armed with search warrants, bullet proof vests, communication radios and handguns as they approached family members and friends in hopes of finding the suspects. In one case one of the fugitives was squatting on a property and had a machete hidden under his temporary bed. “The reality is we have to be 100% on guard at all times,” said one of the unidentified bounty hunters. “We have to know that we’re going to find stuff like this [holding up the machete] and sometimes it’s going to have hand on the other side of it”.

Bounty hunting is not limited to men. Mackenzie Green describes a time where she tracked down “Harry the Henchman”, a member of Hell’s Angels out on a $75,000 bond, in just under 16 hours. The bondsman called Green because he suspected that Harry was going to flee the country within three days. The previous six months, other bounty hunters had been unsuccessful at finding the suspect. Green was able to locate him, using creative thinking and persistence, completely over the phone. Throughout the day, Green pretended to be ‘Jennifer Reynolds’, Harry’s long lost lover, and ‘Marilyn Hartman’, a real estate broker friend of Harry’s grandfather. She found out Harry was in the hospital and even made contact with the security guard on staff to identify the fugitive.

If you are interested in becoming a professional bounty hunter, check out the relevant rules and regulations in your state. Some states require licensing while others do not. In a handful of states the profession is illegal. You can complete relevant training by attending a criminal justice school and completing a law enforcement, criminal justice or other relevant degree; it is also advisable to take the initiative and ask a veteran bounty hunter, a bail agency or private investigator if you can complete a job shadowing or apprenticeship experience.