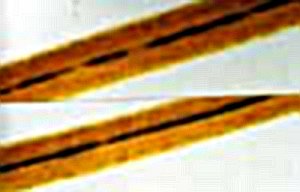 Forensic science involves analyzing evidence to help solve criminal investigations and often these findings are vital components of court proceedings. Suspects do not always confess. Witness testimonies are not always reliable due to misperception, spotty memories or even in some cases dishonesty. Thus physical evidence plays an important role in closing cases and in legal trials.

If you are thinking of becoming a forensic scientist (also sometimes known as a criminalist or forensic technician), know that forensic science is just that – a science. Science is dynamic and constantly evolving. New developments continuously arise. In some cases theories or practices are challenged and in other cases they are seen as breakthroughs. As in any scientific discipline, forensic science has and continues to transform.

In July, the Department of Justice and the FBI announced that it was going to reexamine thousands of cases that resulted in convictions based on hair and fiber evidence. This was prompted by investigative articles in The Washington Post that described at least three men who were wrongfully found guilty based on faulty analyses. This included Kirk Odom who spent 20 years in prison for a rape. DNA analysis confirmed that he was innocent.

“In the case of hair, skeptics have raised the point that it might be subjective,” stated the Post’s Spencer Hsu. “Two different examiners might describe the same hair in different ways. The same examiner might describe it differently at different times. There was no agreement on how many characteristics had to be alike for there to be a match declared”. Hsu added hair and fiber analysis has been potentially wrong in at least 11% of cases.

In a California Law Review article (“The New Forensics…” 2007), Erin Murphy describes evidence such as handwriting, ballistics, hair, bite marks and fingerprints as traditional or first generation forensics. She classifies DNA typing, data mining (i.e. data found on a computer), location tracking (i.e. cell or GPS tracking) and biometric technologies (i.e. fingerprint or facial matches using a digital program) as the second or new generation of forensics. These novel and more reliable techniques may be making older methods less important or even obsolete, but Murphy warns that there is still the potential for human error when forensic scientists conduct these types of analyses.

As you pursue your forensic science or criminalistics career, there should always be an emphasis on continuous learning. Even after you complete your degree and start a job, you should always keep up to date on the latest techniques through completing courses, attending conferences, reading up-to-date studies and conferring with colleagues. Although no forensic scientist is perfect, by always expanding your knowledge and practice, you can take pride that you are presenting the most accurate legal analyses possible.