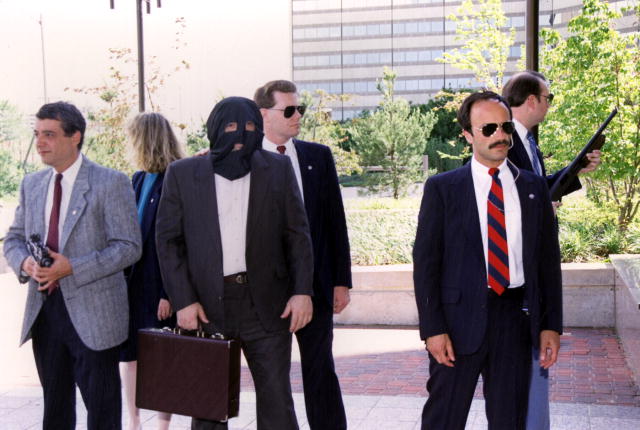 With a history dating back to 1789, the U.S. Marshals Service (USMS) is the oldest law enforcement agency in the nation. Over 5,600 personnel work for the agency including 94 U.S. marshals (one appointed by the President to each federal court district) and more than 3,900 deputy U.S. marshals. “The Marshals Service occupies a uniquely central position in the federal justice system,” states the USMS website. “It is the enforcement arm of the federal courts, involved in virtually every federal law enforcement initiative”.

The USMS plays various roles. In terms of federal judicial security, it protects over 2,000 federal judges and over 5,000 court officials (such as U.S. Attorneys and Assistant Attorneys) as well as jurors, prisoners and members of the public at over 400 locations within the 94 court districts. This includes a 24/7 response service, which equates to dealing with approximately 1,400 threats a year.

The Marshals also play an important role in finding and apprehending fugitives. In 2010’s fiscal year, for example, they arrested over 36,000 federal fugitives. The USMS also has a “15 Most Wanted” fugitive list which was first established in 1983. Recently (July 2012), one of the fugitives on the list was captured. Vincent Legrend Walters was apprehended in Cancun, Mexico after being on the run for almost 24 years. He is wanted for the kidnapping-murder of Kristine Reyes.

The USMS also operates the Witness Protection Program (Witness Security Program). Since its inception in 1971, there have been over 8,300 witnesses and 9,800 family members who have participated in the program. Those who participate are potentially in danger because of testimony they have or will provide in cases charging terrorists, members of organized crime, drug traffickers and more. They are given completely new identities, relocated and assisted with living arrangements and other forms of subsistence. U.S. Marshals will protect members of this program 24/7 when they are entering high-threat scenarios, such as court proceedings. “No Witness Security Program participant, who followed security guidelines, has been harmed while under the active protection of the U.S. Marshals,” states the USMS website.

Marshals and other members of the department also deal with additional criminal justice operations, such as transporting prisoners, tactical operations related to emergencies or homeland security and managing/selling forfeited assets from criminal operations so the proceeds can benefit victims and other community programs. (Note: the USMS is not to be confused with U.S. Air Marshals who work for another federal agency – the TSA).

The USMS’s website is currently advertising several career opportunities, such as Deputy U.S. Marshal, Detention/Aviation Enforcement and Administrative positions. While each position has its own eligibility requirements, generally a particular level of education, experience or both are necessary. For the first two career types, education in the field of law enforcement, criminal justice or a similar field is valued.