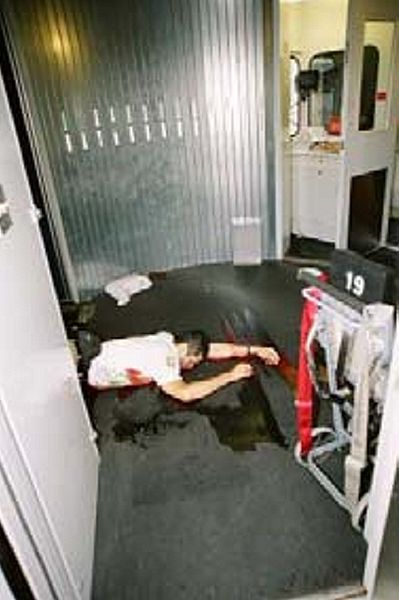 In our last blog we talked about crime scene investigation careers—the various job titles, training and degree info and an overview of what the job entails.

Today we’ll look at the kinds of things a CSI may face when collecting evidence at a crime scene.

Not everybody can handle being a crime scene investigator. “The actual sight and especially the smell of a human body in the stages of putrefaction cannot be accurately portrayed, it has to be experienced,” describes the Dallas Police Department. “Continual concentrated exposure to the unimaginable worst that humans do to each other often results in high levels of chronic stress…Processing scenes in crawl spaces under homes, attics in extreme temperature, floors covered inches deep in excrement and other multi-varied physical environments is necessary…Oh, and hopefully the sight of blood does not make you squeamish, and who does not love insects, all kinds of insects.”

The above quote is just an excerpt from the Dallas PD’s webpage “Employment Opportunities in Crime Scenes”. The Texan law enforcement agency adds that if these gritty details do not deter you, then you just might have what it takes to become a CSI.

Stefanie Elliott is a crime scene technician with the St. Johns County Sheriff’s Office in Florida who was profiled in a March 2010 Florida-Times Union (jacksonville.com) article by Maggie FitzRoy.

“Sometimes she spends hours photographing and videotaping every detail of a scene,” wrote FitzRoy. “Sometimes she spends days collecting fingerprints and other physical evidence. Sometimes she must to go to court to explain everything she’s collected. And she loves every minute.” Elliot explained that the work of CSIs is very different from how it’s portrayed in TV dramas–that it’s “a lot slower and dirtier” but “equally as interesting”!

Elliott described the role of a crime scene technician as being very detail-oriented and methodical. (Are you that kind of person?) The first step would often involve taking photographs (sometimes more than 1,000 per scene) and then filming the entire scene with a video camera. Because technology can sometimes fail, Elliott explained, the scene is documented in many different ways. “At the scene, she also assesses ‘what’s wrong, what doesn’t fit,’ and works with police detectives as part of a team, collecting fingerprints, taking swabs of anything, including spit, that might contain DNA evidence, writing ‘extensive notes’ about what she sees, and drawing diagrams and sketches,” reported FitzRoy.

A job posting from earlier this summer issued by the St. Johns County Sheriff’s Office for a civilian crime scene technician position listed such requirements as a Bachelor’s degree in crime scene technology, or a related major, and at least one year of relevant experience.

But as you look into starting your CSI career, it’s a good idea to contact law enforcement agencies in your area and beyond to find out about their particular educational and experiential requirements, as they can vary by employer. If you have what it takes, you too could play a vital role in seeing that justice is served.