CJSI Interviews: An Inside Look From Professionals in the Field

Joseph Rampolla has been a law enforcement officer for nearly 20 years. He currently serves as Captain and Executive Officer for a police department in New Jersey.

He also travels across the country to teach law enforcement agencies about emerging technologies and cyber security.

Todd Matthews, Director of Project EDAN (Everyone Deserve’s a Name)

Todd Matthews has devoted his life to helping track down missing persons and helping identify John and Jane Doe’s so they are never forgotten . One of the ways he does this is through Project EDAN (a group of forensic artists who volunteer their time to help investigators and medical examiners with cases of “unidentified decedents”) which he founded and directs. 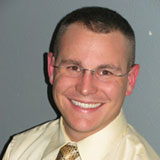 Tim Roufa has been working in law enforcement for over 11 years. Starting as a patrol officer, he has risen up the ranks and is currently an assistant chief training officer. He is also the Guide of About.com’s Criminology Careers, where he regularly writes articles to inspire those wishing to pursue a criminal justice profession. Tim shares his own fulfilling experiences and provides valuable and motivating tips to those interested in a law enforcement career. 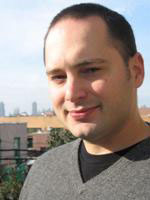 Peter Moskos’ book, Cop in the Hood (2009), describes his time patrolling an East Baltimore neighborhood—”one of the worst ghettos in America”—strife with violence, drugs and a 37% poverty rate. While Moskos was pursuing his Ph.D. in Sociology at Harvard University, he was originally given permission by the Baltimore Police Department to act as an “observer” for his research. Soon after his arrival, he was told he couldn’t merely be a “fly on the wall,” but would have to formally become a cop.

Forensics work is not limited to cases involving humans. The U.S. Fish & Wildlife Service Forensics Laboratory, located in Ashland Oregon, is dedicated to investigating and analyzing evidence related to wildlife cases and it is the only laboratory of its kind in the world! It was started from scratch in 1979 by Ken Goddard who remains the forensics lab’s director today.

CJSI had the absolute pleasure of talking to Lois Gibson, the most successful forensic artist on the planet (for the number of criminals she’s helped catch during her 30-year career) according to The Guinness Book of World Records.

In this interview Gibson shares about her near-fatal trauma that motivated to enter this field, about how fulfilling her profession is and how she hopes more law enforcement agencies recognize the importance of her profession (there are currently less of these professionals than you may guess) so she can pass the torch onto new forensic artists.

We had the pleasure of chatting with Officer Shannon, learning about his professions, his personal background and his observations on the current status of mental health awareness and strategies within the law enforcement world. He also has a very informative blog entitled “Police Mental Health”

Jim Fisher served as an FBI Agent from 1966 to1972 and was a criminal justice professor for over three decades at Edinboro University of Pennsylvania where he taught courses on forensic science, criminal law and criminal investigation. While teaching at the university, he was also a private investigator helping solve murder, pedophilia and other cold cases and finding missing bodies (to bring some closure to those loved ones desperately seeking answers). Fisher has also found another niche to channel his investigative skills – writing nonfiction books for which he has seven published (five still in print) and one coming out next year.

At the age of twenty-five you have your whole life in front of you. When you’re forty-four years old, forty pounds overweight, and laying in bed with a broken hip, what do you have? Depression, red wine, and no future, or so Suzie Ivy thought.

An advertisement on a drugstore bulletin board changed Suzie’s thinking and lands her in the police academy and her adventures as the first female officer in Small Town, Arizona.

American citizens have always been concerned with the pursuit of justice and sometimes caring citizens go a step beyond merely caring about justice and decide to make a career out of catching criminals on their own without being official members of a law enforcement team. These individuals are called bounty hunters. We had the opportunity to interview Bill Hunt in order to get the scoop on becoming a bounty hunter.