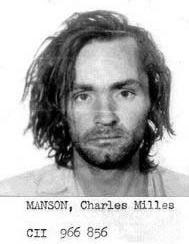 Charles Manson is often equated with pure evil. His charismatic personality and LSD provisions drove a group of loyal followers to believe he was a godly figure who could foretell the future. He also manipulated some of his most devout disciples – mostly young women – to commit heinous acts throughout the Hollywood Hills, including the infamous murders of Sharon Tate and Leno and Rosemary LaBianca. In April 2012, Manson was denied parole for the 12th time since his incarceration. According to CBC News, one reason the parole board made this same decision was because of something Manson recently said to the correctional facility’s psychologist: “I’m special. I’m not like the average inmate. I have spent my life in prison. I have put five people in the grave. I am a very dangerous man”.

The Free Dictionary by Farlex defines charisma as “a rare personal quality attributed to leaders who arouse fervent popular devotion and enthusiasm”. Charisma is not necessarily a bad thing. In some cases, charismatic leaders have positive visions and are able to facilitate a group of people to bring about beneficial change. Gandhi and Martin Luther King Junior are examples. It is when a charismatic leader has dishonorable or dangerous motives that followers become oppressed, that crimes are committed or even lives are lost.

Bates College’s Multifaith Chaplaincy defines cult as “a group or movement which is organized around a set of beliefs and rituals”. There are various degrees of cult organization. For example, in terms of religious movements, Rodney Stark and William Sims Bainbridge (1985) described three types of cults: audience cults, client cults and cult movements. These classifications varied in terms of organization and how the level of follower involvement, where followers had minimal involvement in audience cults and major involvement in cult movements.

Sociologist Roy Wallis (1984) defined two different types of religious movements: world-affirming and world-rejecting. World-affirming movements refers to those groups where followers seek to tap into their “individual potential” while still remaining in contact with society, whereas adherents of world-rejecting groups are encouraged to cut themselves off from main-stream society because they are taught it is corrupted.

This is analogous to the concept of destructive cults. “Destructive cults exhibit an excessive dedication to some person, idea, or thing and employ unethically manipulative techniques of persuasion and control designed to advance the goals of the group leaders and ideology, to the actual or possible detriment of members, their families, or the community,” states Bates College’s Multifaith Chaplaincy. These types of groups are generally founded or directed by one or several charismatic leaders.

Members are persuaded through deception (i.e. about what the group’s goals actually are) and through isolation from loved ones. Followers eventually learn not to question the validity of anything they are taught and become undeniably loyal to and dependent on the group. Their personalities can be drastically altered. The Multifaith Chaplaincy adds that followers of destructive cults usually suffer, to some degree, some form of harm, whether it is psychological, economical, spiritual, intellectual and/or physical.

Although we tend to think of cults as being based on religious beliefs (such as Jim Jones’ Peoples Temple, David Koresh’s Branch Davidians and to some extent the Manson family), some cults are based on other types of ideology. For example, there are political cults (Nazism is often compared to occultism and Hitler is considered to have been very charismatic), commercial cults (Amway is often cited as an example), self help or counseling cults (some have stated Friends Landing is an example) and more.

According to the Cult Hotline & Clinic in New York City, a charismatic leader of a destructive cult “claims divinity or special knowledge and demands unquestioning obedience”. The Clinic adds that, “Doubting or questioning the leader’s authority is not tolerated – Leaders live a life of privilege and often one of wealth”.

A destructive cult may have one or several leaders that are generally concerned with their own visions and needs and not those of their followers. (While moral or good charismatic leaders are concerned with the needs of all members of their group). Robert N. Lussier et al. (in their book Leadership: Theory, Application, & Skill Development) state that negative charismatic leaders are driven by narcissism, meaning they are striving to largely enhance their confidence and are driven by self-glorification and power. In fact these destructive leaders are more concerned with being valued themselves more so than the ideologies or beliefs that form the basis of the group. In some cases, these leaders are driven by material or sexual desires and will exploit their followers to achieve these ends.

“characteristics of a psychopath: superficial charm, an exaggerated or grandiose view of self, lack of remorse and empathy, lack or little genuine emotion, manipulative, parasitic, pathological liar, sexual promiscuity.”

Madeline Landau Tobias and Janja Lalich (in their book Captive Hearts Captive Minds) state that some (not necessarily all) destructive cult leaders exhibit psychopathic behavior. Some of the characteristics of a psychopath (from Psychologist Dr. Robert Hare’s checklist) include: superficial charm, an exaggerated or grandiose view of self, lack of remorse and empathy, lack or little genuine emotion, manipulative, parasitic, pathological liar, sexual promiscuity, etc. Based on this, it seems plausible that at least some destructive charismatic leaders are potentially psychopathic.

According to Bad Men Do what Good Men Dream: A Forensic Psychiatrist Illuminates the Darker Side of Human Behavior by Robert I. Simon, mental illness characterized by psychosis, delusions or paranoia may explain why certain cult leaders initiate heinous acts. “Psychotic cult leaders blur the boundaries between reality and fantasy,” writes Simon. “They exhibit grandiose ideas about themselves, persecutory beliefs, and a conviction that the end of the world is nigh”. He elaborates that David Koresh increasingly became mentally unstable. He called himself the “‘sinful’ incarnation of Jesus Christ”. When Waco was under siege by the ATF, FBI and other law enforcement agencies, Koresh would wake up followers in the middle of the night, using a loud bell, so that they would commence their hours and hours of Bible studies. 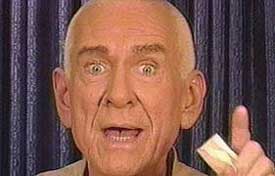 “Your only chance to evacuate is to leave with us – Planet Earth [is] about to be recycled,” said Marshall Herff Applewhite on a video he made months before he died. Applewhite and Bonnie Lu Nettles together founded Heaven’s Gate, which became to be known to the outside world as the ‘UFO Cult’. Theories differ on how the two met – some say they met in a hospital where Applewhite was a patient and Nettles was a nurse. They ran away together, Nettles leaving her husband and four children and Applewhite just recently divorced and apart from his two children. They both came from extensive Christian backgrounds (Applewhite’s father was a Presbyterian minister), but both had a propensity to believe in the ethereal, science fiction and alien life forms.

The premise of their manifesto or faith system involved their belief that they were both mentioned in the Bible’s Book of Revelations. They also believed it was their job to help people transition from Earth to the ‘Next Level’. The west coast based group rose to national prominence in 1976 when they were profiled in The New York Times. In their heyday they had 200 followers, but Applewhite and Nettles began to dwindle down numbers to only their most devout members. The Heaven’s Gate’s males and females wore the same androgynous, baggy clothing and kept their hair short. Drugs, sex, alcohol and smoking were not allowed. Some of the men, along with Applewhite, were castrated.

Nettles died of cancer in 1985. For a while, Applewhite lost his fervor but after a period of mourning continued to proselytize. On March 26, 1997, the dead bodies of Applewhite and 38 others were found inside a rented mansion in San Diego area, California. He and his followers engaged in a mass suicide because Applewhite believed and convinced them that the approaching Hale-Bopp comet was delivering a spaceship for them to escape to the ‘Next Level’ before the Earth was recycled.

Psychologist Dr. Sheldon Litt speculated (in Positive Health Magazine, September 1997) on Applewhite’s motives for carrying out this form of charismatic leadership. He clarified that he had never met Applewhite or any of the members, but he theorized that the leader’s feelings of inadequacy and his struggles with his own sexuality were motivating factors. Dr. Litt conjectures that Applewhite grew up in a strict, religious family headed by his pastor father. Evidence that Applewhite may have been confused about his sexuality comes from reports of him becoming sexually involved with both a male and then a female student while serving as a music professor. Thus, Dr. Little says, Applewhite may have been motivated to end his own inner, sexual confusion by becoming asexual; and he may have been motivated to have his own group of believers so that he could finally feel like he measured up to his father. Dr. Litt wrote, “But the sexually confused son would prove to the world and to his father that he is a better man, and a superior saviour of souls — he rounds up a bunch of followers, de-sexes them, castrates some, and proving to himself that he is far better than Dad, he leads them more directly, quickly, to the World Above (that’ll show the old man!)”.