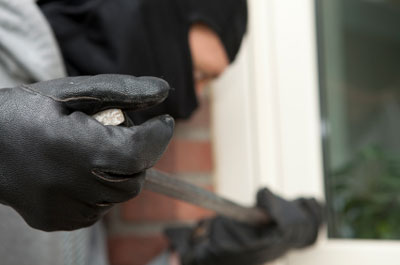 When you were a kid did you ever steal a piece of candy or comic book from the local corner store? Like many kids, you probably didn’t do it because you absolutely needed to. You wanted to see if you could get away with it – right? While the motivation for various forms of theft are often fueled by a range of economic reasons, from financial desperation to greed, some thieves, robbers, burglars and scam artists do so for the thrill – the excitement to see whether they can outsmart law enforcement authorities or for the power they can exert over their gullible victims.

Every year, The FBI’s Uniform Crime Reporting (UCR) Program compiles arrest records from police and sheriff’s agencies across the country. For 2010, there were over 367,000 robberies, over 2 million burglaries, over 6 million larceny-thefts and over 700,000 motor vehicle thefts reported in the United States. As you will read below, theft can be broken down roughly into these categories as well as into fraud.

Robbery: Robbery is attempting to or successfully stealing property from an individual or entity by using or threatening to use force, describes FBI’s UCR Program. Approximately 41% of the robberies that took place in 2010 (for which the FBI received details on) involved the use of firearms.

Burglary: Burglary involves breaking into a building with the intention of committing a crime, i.e. theft.

Larceny: Attorney Jason A. Jenkins defines larceny as “taking something with the intent to permanently deprive someone of their property including embezzlement”. (Embezzlement generally means that a person, who is trusted with an agency’s money or property, illegally appropriates it for his or her own personal uses. A common example is when an employee steals money from his or her employer). Larceny-theft can include a variety of sub-categories including pick-pocketing, shoplifting, purse snatching, stealing from vending machines, check forgery, stealing bicycles or auto parts and more. The FBI’s UCR Program adds that larceny does not involve any violence, violent threats or fraud.

Motor Vehicle Theft: According to the Chicago Police Department, motor vehicle theft is stealing or attempting to steal a variety of modes of transportation, including automobiles, trucks, buses, motor homes, motorcycles and motor scooters. Theft of a motor vehicle generally refers to any motorized vehicle driven on land (not including rail vehicles), states the FBI’s UCR Program.

Fraud: Fraud involves falsifying a statement, document or power in order to illegally obtain financial gain, property or services. Fraud is different from larceny in that it generally involves tricking or deceiving a victim. Examples of fraud include internet/computer fraud, credit card fraud, insurance fraud, identity theft, illegal use of a bank card, exploiting an elderly person, counterfeiting currency and confidence games (i.e. con artist scams). Probably the most famous case of fraud or confidence games is highlighted in the film Catch Me If You Can based on the actual life events of Frank Abagnale Junior. Abagnale successfully posed as an airline pilot, history professor, assistant attorney general and even a doctor and forged at least $2.5 million worth of checks before being caught. Now on the other side of the law, he owns his own security consulting firm and acts as an adviser to the FBI.

The motivations for all forms of theft may seem pretty clear cut. Those that steal are thought to doing it because they are in desperate need of money to survive, they need money to support a drug, alcohol or gambling addiction or they have made the unconventional career choice to steal as a living. While these motivations are characteristic of many thieves, there are reasons that fuel their crimes besides financial gain or greed.

According to Dr. Peter B. Wood et al. (“Motivations For Violent Crime Among Incarcerated Adults”), for some who engage in any criminal activity, whether it be property or violent crime, they do so because they get a rush or a thrill out of engaging in risky behavior (i.e. the risk of getting caught). Dr. Wood et al. share some statements from burglars, such as this one: “I really do believe that there was a little bit more than just the money. It was using your intelligence and everything else, pitting your wits against the police and the locks and everything else. It definitely gave me an uplift, a charge”. Other top motivations for committing burglary, robbery and larceny are when a seemingly easy opportunity presents itself, a feeling of power (such as in a stickup robbery), a sense of status and a loss of control (perhaps due to a mental breakdown, drugs or alcohol).

“Financial strain, whether it is being laid off or trying to keep up with their affluent peers, is a leading cause for committing fraud.”

Grace Duffield and Peter Grabosky (“The Psychology of Fraud”) explain that the specific motives for fraud are similar to those mentioned above. They go on to explain that financial strain, whether it is being laid off or trying to keep up with their affluent peers, is a leading cause for committing fraud. “This constellation of factors reflects the old-time detectives’ explanation of what turns a person to fraud-sexual relationships, substance abuse and risk-taking or gambling,” they write. (Regarding sexual relationships they are generally referring to relationship breakdowns that can lead to both financial and emotional stress which may trigger fraudulent behavior). Additionally Duffield and Grabosky say that feeling a sense of power or one’s ego, the challenge and the ability to justify one’s actions (like this firm can afford to lose x amount of cash) are other motivators for fraud.

Finally in rare cases, kleptomania is a motive for stealing. It is a disorder where the individual cannot resist the impulse to take things that do not belong to them. The NYU Langone Medical Center adds that, “The things that are stolen are not needed for personal use. They are also not taken for their monetary value”. Only a small proportion of individuals, mostly female, are diagnosed with kleptomania. Often there are underlying psychological issues related to the condition, such as depression, anxiety, an eating disorder or a substance addiction.

Art theft can fall under one or more categories of theft including burglary, larceny and fraud. The largest art heist in history took place in March of 1990 when 13 works valuing half a billion dollars were stolen from the Isabella Stewart Gardner Museum in Boston. Two thieves disguised as police officers entered the museum, tied up the security guards and took pieces including three Rembrandts, five Edgar Degas drawings and Johannes Vermeer’s The Concert. 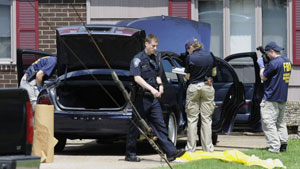 The museum set up a $5 million reward for any leads that might help retrieve the stolen art but it has yet to be redeemed. For over two decades, investigators have not been able to close the case. But in May of 2012, police officers and FBI agents followed a lead. They conducted a search of Robert Gentile’s Connecticut home, believing he was connected to the infamous art theft. Assistant U.S. Attorney John Durham stated, “The government has reason to believe that Mr. Gentile had some involvement with stolen property out of the District of Massachusetts,” according to Time Magazine’s Melissa Locker.

The 75-year old Gentile, allegedly a member of the Philadelphia mob, was in jail for possession charges at the time of the search. Law enforcement officials found an array of weapons, fake IDs, a wealth of cash and police uniforms at his home. The warrant also allowed investigators to search underground on Gentile’s property. His lawyer, A. Ryan McGuigan, stated while supposedly they were looking for weapons under the earth, they were really looking for buried paintings.

What pointed federal authorities to Gentile was an interview with the widow of the late Robert Guarente, also an alleged mobster. According to The Boston Globe, she told federal agents that she recalled her husband giving a painting encased in a tube to Gentile, although she didn’t remember it looking like any of the art pieces investigators asked her to look at.

McGuigan stated his client had no affiliation with the mob or the art heist. According to The Huffington Post, Gentile’s attorney said, “He doesn’t know anything about art, he’s never been to an art gallery in his life, couldn’t tell a Rembrandt from an Elvis painting”. Time will tell whether this most recent lead will solve the art theft mystery or keep the case cold.