A homicide detective gets a call asking her to come down to a crime scene right away. These types of phone calls are routine for the law enforcement investigator whenever a death appears suspicious in some way. It is the job of the homicide department to determine cause of death, with the help of coroners, crime scene investigators, witnesses and others.

At the crime scene, the detective discovers a woman, probably in her 20s, who was found in her apartment by a deliveryman – the apartment door had been left ajar. The young victim appears to have bruising on her face and wrists. Right away, the detective doubts that the cause of death was natural or self-inflicted and believes with almost certainty that it must have been some form of homicide.

According to Cornell University Law School, “Homicide is when one human being causes the death of another”. Cornell U adds that murder is one type of homicide, but not all forms of homicide are murder. But first let’s look at intentional killing, or more specifically, inside the mind of a murderer.

Ryan Brunn, who in January 2012 hung himself in his Jackson State Prison cell, confessed to molesting and killing seven-year old Jorelys Rivera back in 2010. After admitting to his crimes, Georgia Bureau of Investigation (GBI) agents interviewed him for three hours to try and understand what led him to commit the monstrous acts. “You can read books and you can study cases, but I think the true learning takes place when you interview the offenders after the fact,” said retired GBI agent Bob Ingram (as reported by the Daily Mail in the story “Inside the mind of a killer”). During the course of the interview, Brunn shared, “I didn’t have, like, the intention of killing a kid – I’ve never done something like this in my life”. The Daily Mail adds, “During one exchange, Brunn said it was only after the girl asked to go to the bathroom that he realized he could go to jail if he released her. It was then he decided he had to kill her”.

“Though we may like to think that murderers are either pathological misfits or hardened criminals – the vast majority of murders are committed by people who, until the day they kill, seem perfectly normal,”

The University of Texas at Austin’s Dr. David Buss states that fantasies to commit homicide are more common than we may think. Dr. Buss’ research has involved delving into over 400,000 FBI murder files and interviewing nearly 400 murderers. In a homicidal fantasy study with 5,000 individuals, he determined that 84% of women and 91% of men have had at least one clear fantasy about committing murder. Dr. Buss adds that luckily most people do not carry out homicidal acts that they’ve fantasized about, although a major reason for this is fear of getting caught. “Though we may like to think that murderers are either pathological misfits or hardened criminals – the vast majority of murders are committed by people who, until the day they kill, seem perfectly normal,” says Dr. Buss.

Dr. Buss and his team determined several important motives for committing murder. Husbands that kill their wives often do so when they’ve discovered their spouse was cheating or after the couple has separated. “Just when women feel as though they have successfully escaped a bad marriage is precisely the time when their lives are most in danger,” shares Dr. Buss. Wives kill their husbands if they feel they have no other way out of an abusive or toxic relationship. Dr. Buss also found that public humiliation, such as being fired from a job, was a major motive at least among homicidal fantasies. The professor and his team concluded that most murderers kill someone they know suggesting motives are often emotionally fuelled or perhaps driven by a hefty insurance policy or other financial gain.

While the majority of murders are committed by men, states Kathryn Knight of Stylist Magazine, women almost always murder someone they know, such as a dependent, a patient or a spouse. Knight adds, that in addition to those females who commit homicide in self defense: “Popular thought by criminologists is that female murderers commonly fall into one of two categories: compliant accessories of their criminally active male partners or as the mastermind behind the crime”.

Generally speaking, homicide motives can be broken down into instrumental or expressive. According to Drawdy, Myers and Myers (“Homicide Victim/Offender Relationship in Florida Medical Examiner District 8”), instrumental homicides are motivated by gain (i.e. money or similar forms), whereas expressive homicides are emotionally-based, namely fueled by anger, and may be impulsive.

While all homicides result in the death of one person by another, the types of homicide vary greatly. Some homicides are cold blooded while others are completely accidental or legally justified.

Second Degree Murder: Second degree murder includes murders (intentional killings) that do not fit under the first degree murder category. While the murder was not pre-meditated, there exists the intent to kill and thus culpability. George Zimmerman has been charged with second degree murder in the fatal shooting of Trayvon Martin. (As of June 2012, the courtroom proceedings have not concluded).

Justifiable Homicide: Homicides are considered justifiable when there is “no fault” or culpability. Examples of justifiable homicide include self-defense or legal acts, such as executions or when law enforcement officers are authorized to shoot in order to protect themselves and others on the scene. At the age of 33, gospel/R&B singer Sam Cooke was shot and killed by the Hacienda Motel’s manager in 1964, Los Angeles. The act was deemed justifiable homicide since the manager reported that Cooke was trying to attack her and she was acting in self defense. To this day, there are conflicting stories on what really happened; some even believe it was a conspiracy to murder the musician.

Excusable Homicide: In the case of excusable homicides, the person who committed the homicide is not held legally responsible due to insanity or another personal disability. In 1981, John Hinckley Junior attempted to assassinate President Ronald Reagan. He also shot, severely wounding, the president’s press secretary, a secret service agent and a police officer. His motive was to impress Jodie Foster who he was obsessed with. Hinkley was acquitted of all assassination attempt and assault charges due to being deemed legally insane. Homicide charges, legislation and terms may vary from state to state. Other homicidal terms include aggravated manslaughter, vehicular manslaughter, aggravated murder, capital murder etc. 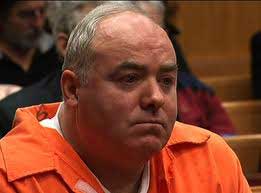 On October 30, 1975, fifteen-year old Martha Moxley was fatally beaten with a golf club. Her body was found the next day in her Greenwich, Connecticut yard with a piece of the shattered club lodged in her neck. The case was cold for over two decades until Michael Skakel (nephew of Robert F. Kennedy’s widow, Ethel Skakel Kennedy) was charged with Moxley’s murder. In 2002, Skakel was found guilty of first degree murder and was tried as an adult, although he was 15 when the murder took place. He was sentenced 20 years to life in prison. Skakel has proclaimed and maintained his innocence to the public. In March 2012, the Associated Press reported that he was denied his request for early parole.

According to Private Detective Charles Montaldo who writes for About.com, Skakel’s youth was fuelled by anger and instability. “Skakel described his rage, his learning disability, alcoholism and sibling jealousy,” writes Montaldo. “Twenty-seven years later, a jury decided that his personal demons led him to bludgeon 15-year-old Martha Moxley to death with a golf club”. Skakel grew up as the middle child in a family of six siblings in the wealthy Greenwich community of Belle Haven. His mother, Anne Skakel, died when he was 12 years old. By the time he was 13, he described himself as a “full blown-daily drinking alcoholic,” states Montaldo. He also struggled with academia, later diagnosed with dyslexia, and was kicked out of numerous private schools.

In 1978, Skakel was arrested for a DUI (driving under the influence) and sent to the Elan School in Maine to be treated for alcoholism. There he allegedly confessed to several people that he had committed the murder. However, according to Evelyn Marcus (in a Vermont Law Review 2006 article, “The New Razzle Dazzle”), these particular witnesses presented by the prosecution were unreliable.

With basically a circumstantial case, based on information Skakel presented to a potential autobiographer and possible confessions to residents at Elan School, the prosecution is said to have captured the jury’s attention with a multimedia presentation for closing arguments. The audio-visual technology combined images of Moxley’s body on the scene combined with Skakel’s voice recounting his panic when confronted by the victim’s mother the next day. (Skakel allegedly later changed his alibi for the night of the murder, admitting that he had climbed a tree to look into what he believed was Moxley’s bedroom and began to masturbate. He explains his panic was fear that he had been caught peeping). The prosecution won its case. Skakel maintains his innocence. But if is truly guilty, it might be easy imagine what led him to commit the murder. A possible motive was the jealousy he felt around his older brother Tommy dating Martha Moxley. (Tommy was more popular with girls than Michael and they were quite competitive when it came to dating). That jealousy fuelled by alcoholism, low self esteem due to his unpopularity and learning disability, the loss of his mother, alleged physical and emotional abuse from his father and other factors may explain – not excuse – why he committed such a heinous act.